Anthony Joshua says he would welcome Tyson Fury's offer to help him train for his rematch with Oleksandr Usyk next spring.

Fury recently told Fox Sports Australia that Joshua would "definitely" beat Usyk with his assistance, going so far as to guarantee a win.

Speaking with IFL TV, Joshua invited his longtime rival to come to his camp and even get in the ring with him, as long as he was willing to work for free.

"He's more than welcome to come through the door," Joshua said. "He can even spar with me as well. I need a coach that's lived it, breathed it, so it would be perfect. That'd be the easiest way to get him in the ring."

The two British heavyweights have yet to square off after their agreement on a two-fight deal last summer fell by the wayside after both were obligated to fight different opponents first.

While Fury completed his trilogy against Deontay Wilder with a win earlier this month, Joshua was upset by Usyk in September, prompting a rematch against the Ukrainian in 2022.

Joshua's banter around Fury's offer had a tongue-in-cheek quality to it, but he did strike a nostalgic note in looking back on the sport's glory days.

"I see pictures with Sugar Ray Robinson, Joe Louis, Rocky Marciano, Archie Moore, Muhammad Ali all sitting together," Joshua said. "They'll be in each other's training camps. ... Mate, come into my training camp. Come and see what the heavyweight champion gets up to. It's great.

"Heavyweight boxing is thriving. So for me, Tyson can come and watch me train, 100 per cent. Sparring ain't fighting, is it? Do you know what I mean?

"So he can definitely come in, he's more than welcome to step into the gym and give me some tips. I ain't fighting him next anyway, so he ain't got nothing to worry about." 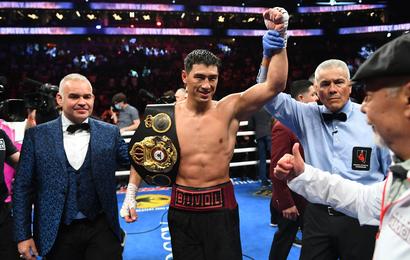 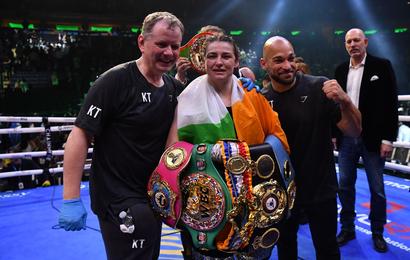 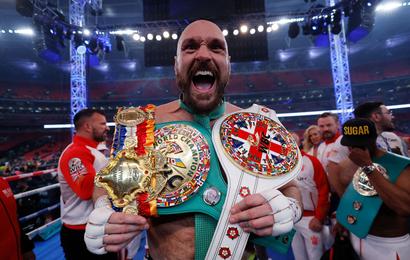 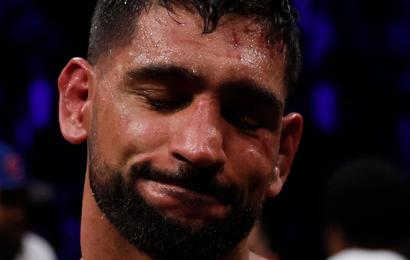 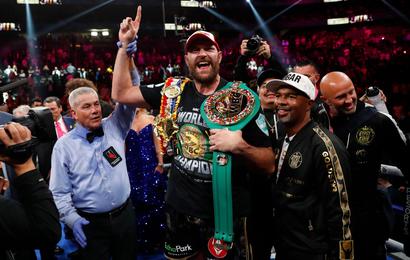