Eagles fly after edging out Patriots in 41-33 thriller

So that is that! Super Bowl LII certainly delivered with a thriller in Minneapolis. Offensively the two sides went at each other, for Pats quarterback Tom Brady, his fumble two minutes from time will stick in the memory. However, you have to praise  Nick Foles who in his maiden Super Bowl ran the offence for the Eagles and became the first player NFL history to throw and catch a touchdown in the Super Bowl.

Still, for the underdogs of Philly, this will be a night to savour and a late touch down from Zach Ertz gave them a 38-33 advantage heading into the final two minutes at the US Bank Stadium. All they needed to do was stop five-time Super Bowl winner Tom Brady, and with 2:06 on the clock they just did that. Brandon Graham will be a popular man after his tackle turned over the ball to the Eagles and shaved time off the clock.

In the end, Brady had one more chance for redemption however his Hail Mary pass with seconds to spare Rob Gronkowski went incomplete. To ensure that the Eagles flew with their first ever Super Bowl win in the franchies' history.

4th 1:05 Eagles 41 Patriots 33 Field-goal! Jake Elliott nails it from a distance to make it a eight-point game. Pats need a touchdown and two-point conversion to go level!

4th 2:06 Eagles 38 Patriots 33 Brady is SACKED! Brandon Graham nails the 2017 MVP and the ball is turned over to the Eagles. If they keep their composure, the Under Dogs could do this!

4th 2:21 Eagles 38 Patriots 33 Zach Ertz! Touchdown Eagles! After a wait! The touch down is confirmed! Eagles go for two points, but it's denied. It's a five-point game. Brady can win the Super Bowl if he throws a touchdown! A massive finalie in prospect!

4th 3:25 Eagles 32 Patriots 33 more gutsy play from the Eagles, Foles finds Agholor, which gets taken at a loss. Second time around Agholor is picked out again and makes 10 yards for his team, they are at the New England 42

4th 4:52 Eagles 32 Patriots 33 Eagles are gambling now. Foles is keeping his side on the drive, picking up Ertz who makes two yards and gives his side a new set of downs at the Eagles 47.

4th 9:22 Eagles 32 Patriots 33- Patriots are on the drive here! Brady picks out Gronk again, and the tight end makes the catch for his second touch down of the game! We are level!  The extra point is made and Pats take the lead for the first time! Scenes!

3rd 2:04 Eagles 29 Patriots 26 Eagles are making good ground again. Foles throws to Agholor, to make 24 yards and the Eagles are already almost at midfield.  Foles finds Smith for  a further 17 yards. They’re at the New England's 34.

3rd 3:23 Eagles 29 Patriots 26  Patriots fight back! Camera Cuts to Tom Brady who taps his head to encourage his side to concentrate. Minutes later Brady finds Chris Hogan with a deep 26-yard pass, leading to a Touchdown! Patriots make the extra point, it's a three-point game again. Has the momentum swung in favour of New England?

TOUCHDOWN 🏈
The lead is back up to 10, controversially... Catch or no catch?#SuperBowl pic.twitter.com/gN6ZyXNkCI

3rd 7:18 Eagles 29 Patriots 19 Touchdown Eagles! Wait! It's Under Review! It's good! Cory Clements touchdown has been reviewed, after it was thought it was out of bounds but it stands! The Eagles take the extra point, and open up a ten point lead!

3rd 12:15  Eagles 22 Patriots 19 Touchdown Patriots! It's not over yet! Brady finds Gronk again from 5 yards out in the end zone. Easy. Gostkowski's extra point is good! It's a three-point game.

Second Half! 3rd 15:00  Eagles 22 Patriots 12 The Eagles get us back underway! Can they hold on and win their first ever Super Bowl?!

Fun Fact before the second half- Nick Foles is the first player in NFL history to throw and catch a touchdown in the Super Bowl- Tell all your mates!

Too Late! We have half-time highlights here from JT- God he can dance.

I'm having a little tiny break to mainline some coffee. In the meanwhile, this former boy band star Justin Timberlake is in charge of the halftime show! You can watch it online via beIN CONNECT. You know you want to! 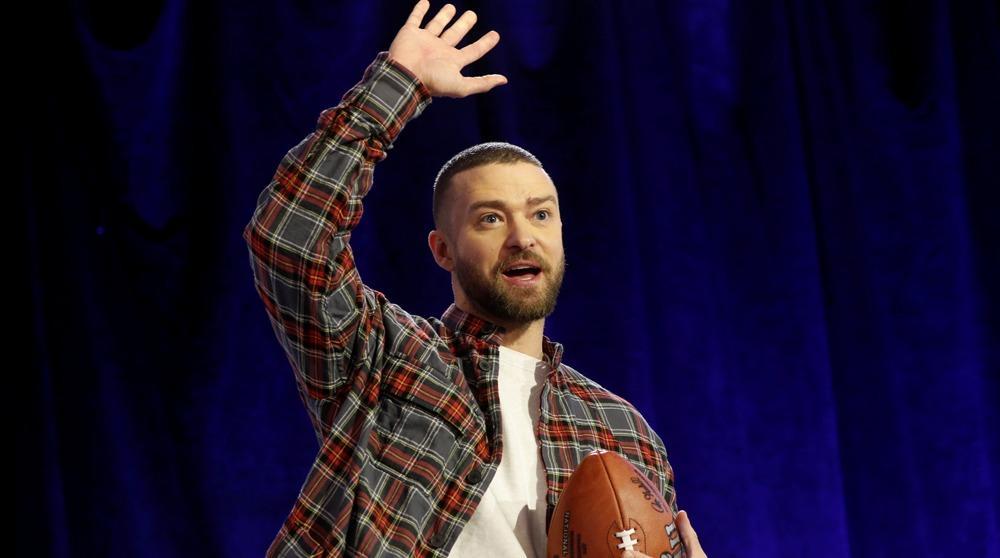 Half-time! Eagles 22 Patriots 12! The Eagles are brining it with some slick offence, and Foles has the upper hand over Brady for now! However, last year Patriots were 18 behind at halftime to the Atlanta Falcons and ran out winners! This is nothing for Belichick's boys!

2nd- 0:34 Eagles 22 Patriots 12 Touchdown Eagles! Quarterback Nick Foles makes the end zone on the fourth down! A smart play from the Eagles Tight end Trey Burton finds Foles. Patriots tried that play earlier and it failed! To cap it off the Eagles make the bonus point! Scenes!

2nd- 7:24 Eagles 15 Patriots 6 The Eagles go back on the offence making good territory. Foles's long pass is intercepted by Pats man Duron Harmon, he makes 10 yards for his team.

2nd- 7:24 Eagles 15 Patriots 6 Pats needed a reaction after that touchdown and have got one. Rex Burkhead makes a huge run and reaches the Eagles 29. Gostkowski goes for a 45-yard conversion, and it's good. A vital 3 points for last years Super Bowl winners.

2nd- 8:48 Eagles 15 Patriots 3  21 Yard Touchdown for the Eagles! LeGarrette Blount pushes his way through for the second TD of the match. The Eagles offence is looking slick! Eagles try for the extra point, but Foles's pass to Jeffery is just short.

2nd- 11:58 Eagles 9 Patriots 3 Pats put the pressure on, 3rd and 5: Switch up! Amendola picks out  Brady with a pass which is just short! Brady tries to Pick out Gronk, but he can't make the catch! Pats turnover the ball on downs.

Some massive defence from Rodney McLeod. Straight out of professional wrestling! Boom!

1st-  4:17 Eagles 3 Patriots 3 Tom Brady helps his side make his way up the field, picking out Chris Hogan for a massive gain. After throwing an incomplete pass to Rob Gronkowski, the Pats settle for the field goal. Gostkowski’s kick levels up the scores.

1st- 7:55 3-0 Eagles After two incomplete throws for the touchdown, the Eagles settle for a field goal, Jake Elliot gives the Eagles an early lead from 25 yards out.

1st- 11:47 Nick Foles picks out Torrey Smith to get into the New England 38- an encouraging start for the Eagles!

The @Patriots get this #SuperBowlLII underway!
Are you an #Eagles or a #Patriots fan today?#SuperBowl pic.twitter.com/tI6I2kANdN

Kick-Off! Pats win the toss, and defer Stephen Gostkowski kicks us off! Let's do this!

National Anthem- We are minutes away from Super Bowl LII. Just before we start- Pink has done a note-perfect version of the American national anthem. It was beautiful, not a dry eye in the house!

Plenty of celebrities tend to hang out at the Super Bowl! Puff Daddy aka Sean Combs aka P Diddy aka Diddy is here. Which is nice. 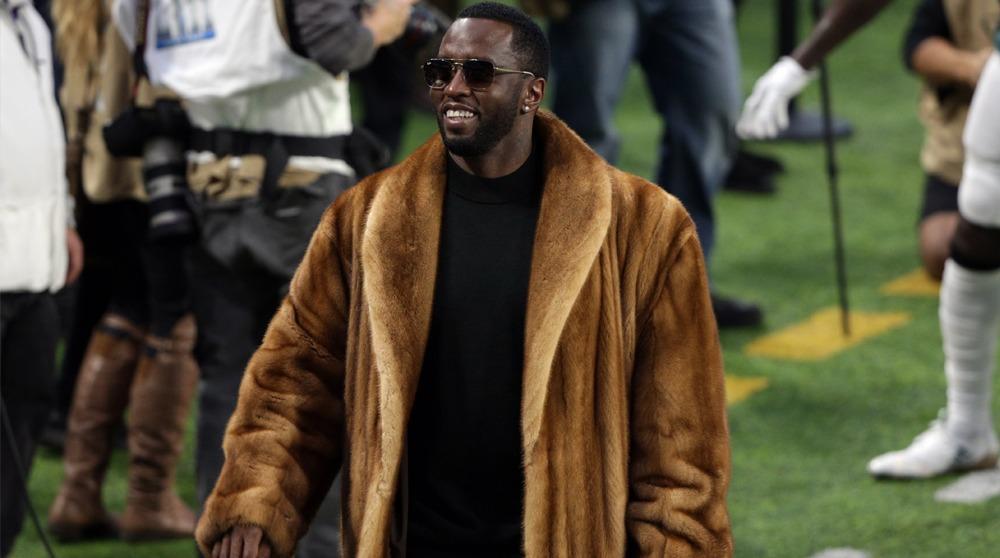 Likewise, Nick Foles had a storming game in the NFC Championship game against the Vikings, could he inspire the Eagles in his first ever Super Bowl to a famous win?

Just over 30 minutes to go! The atmosphere is building nicely at the US Bank Stadium. How important will Tom Brady be if the Pats go all the way? 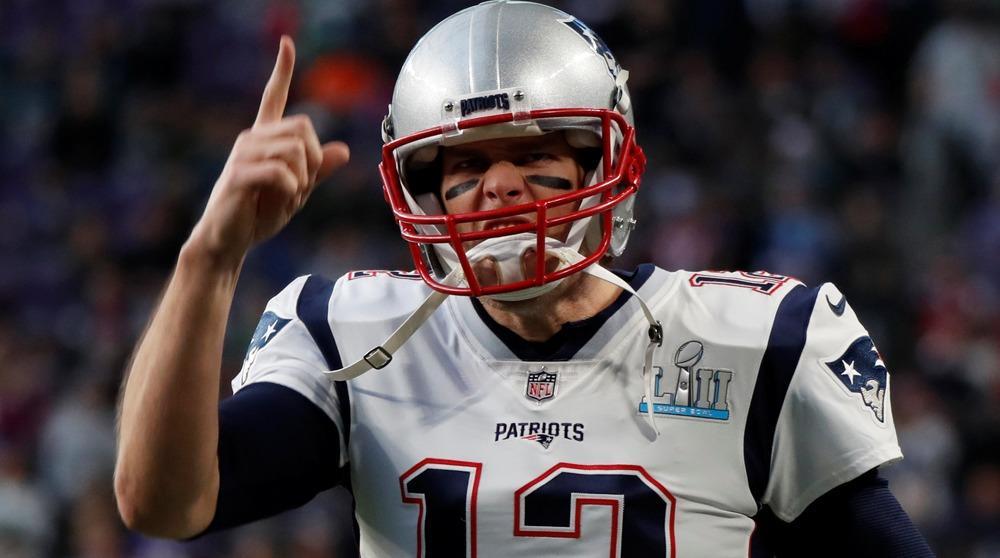 Hello, and welcome to the Live Updates for the 52nd Super Bowl from Minneapolis. Can serial Super Bowl winners the New England Patriots seal their sixth ever national title against underdogs the Philadelphia Eagles? You can join in on the fun by dropping me an e-mail to me via freeleym@bein.net with all your thoughts on the big game.

Much of the build-up has focused on Pats quarterback Tom Brady who is appearing in his seventh Super Bowl- Earlier in the week, he insisted that he's not thinking about retirement just yet.

Whilst the Eagles are well and truly the underdogs today, a tag that they embraced during the playoffs. Here are three reasons that Doug Pederson's side can shock Bill Belichick and co to lift their first ever Super Bowl.

Eagles fans have been rowdy, to say the least on their way to Minneapolis. As you can see in the video below!