The world number 71 defeated Pliskova at the Viking International and the Tokyo Olympics in the past three months and prevailed 6-3 7-5 in their latest meeting in Montreal.

Giorgi, who had never previously won a trophy above 250 level or on outdoor hard courts, has now triumphed in 16 of her last 20 matches in an impressive 2021 campaign.

She lost just one set all week and will move back into the world's top 35 for the first time since May 2019 with this first tournament victory since the Linz Open in October 2018.

Fourth seed Pliskova eliminated favourite Aryna Sabalenka in the semi-finals but could not replicate that performance as she fell at the final hurdle in a tournament for the third time this year.

Giorgi broke the former world number one for the first time in a lengthy fifth game and took the first set when Pliskova double faulted and sent a forehand wide in the final game.

Pliskova double faulted six times across the match, which lasted one hour and 40 minutes, including in the fourth game of the second set to put her opponent in complete control.

The Czech was given hope when earning her first break of serve in the following game, but she was let down by some forehand errors in the 12th game and Giorgi took her second championship point to seal an emotional win. 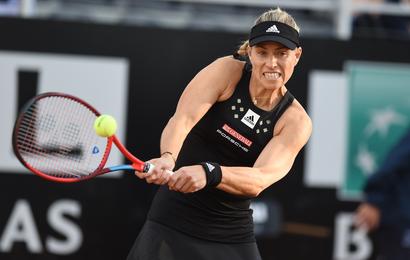