Amid concerns over an ankle injury, Messi played in Argentina's 1-1 draw with Paraguay, having a goal ruled out in the second half.

Argentina manager Scaloni said he was pleased with Messi, who is set to make his 142nd international appearance – to go equal with Brazil great Cafu for the fifth-most internationals by a South American player.

"On a performance level, Leo played a good game," Scaloni said. "We were unlucky that they didn't validate the goal because it had been a great play.

"I saw him well and he has no problem, that's the important thing."

Argentina will seek to extend its unbeaten run in qualifiers against Peru to 16 matches, but Scaloni also wanted to send his well-wishes to Javier Mascherano.

Mascherano, the former Barcelona and Liverpool star who has the most caps in Argentina's history, announced his retirement. 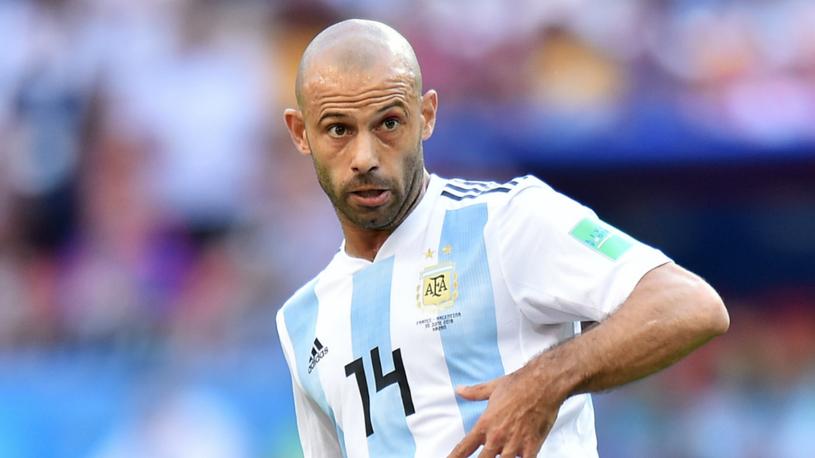 "I want to emphasise the retirement of Javier Mascherano and his new life that begins from now on. I send him a big hug," Scaloni said. "He was an emblem of Argentine football and I wish him to do his best and that whatever he decides to do now, he does it with the same passion with which he used to play."

Meanwhile, Peru coach Ricardo Gareca – whose side collected just one point from its opening three qualifiers – acknowledged the challenge awaiting his team.

"We pay attention to the strength of the rivals and logically it is a challenge to try to counteract the strengths of the teams that we face," he said.

"Argentina not only has Messi, but they have many good players in all their lines and we will have to play a great game to neutralise them."

Leipzig slips up in Berlin snow as Union rises