The Gunners slumped out of the Europa League at the semi-final stage on Friday (AEST), with a goalless home draw against Villarreal confirming a 2-1 aggregate defeat to the Spanish side, coached by their former boss Unai Emery.

It is the first time Villarreal has reached a major final in its history, while Arsenal are now facing the likely prospect of missing out on Europe altogether next term.

The Gunners sit ninth in the Premier League with four games remaining, and had seemingly been banking on winning the Europa League – they would have faced Manchester United in the final – to qualify for the Champions League.

Should they fail to mount a late charge for European qualification via the league, next season will be the first since 1996-97 that the Gunners have not featured in a continental competition.

Asked if he was feeling any pressure, Arteta said: "I feel the pressure all the time because I want to do as well as I can for the team, for every supporter I have here and for the fans and today is a big disappointment, because we tried everything to win that game."

This term will be the first time Arsenal have not featured in the final of a competition since 2015-2016, and Arteta was subsequently pressed on his future in his post-match news conference.

"We have to show that on the pitch. It is not about talking," he said when asked how Arsenal would prove to their fans they are making progress.

"We are hugely disappointed because we wanted to give them something special after the difficult season we've had.

"But when you play these knockout games, you need your best players at their best, and we didn't have enough of those in the best possible condition, and still we fought until the end and in the second half we deserved to win the game, 1-0, and we didn't do it.

"I think everybody's job is always under scrutiny.

"We are devastated, we had so much enthusiasm to be in that final. We know how much it meant to the club, our fans, ourselves, to have a chance to win a title and be in the Champions League next season. It's a huge blow."

When questioned if he still had faith in his own coaching ability, he abruptly responded: "Yes. I wouldn't be sitting here if I don't [think I could do it]. You will see it, it's not about talking, it's about showing it on the pitch."

Arsenal's plight was not helped by Granit Xhaka sustaining a knock in the warm-up – an injury which Arteta believes limited his team's performance in the first half.

"The night started in a difficult way, losing Granit in the warm-up and having to put in a player [Kieran Tierney] that hasn't featured in a long time, and I think in the first half we weren't good enough with the ball," he said.

"We couldn't get anything in the final third to dominate the game, have composure and a little bit of confidence. We changed it at half-time, we were much better, but in the defining moments we hit the post twice and missed an empty goal."

Despite Arteta's claims, Arsenal only managed two attempts on target, though Pierre-Emerick Aubameyang did hit the post twice, fewer than Villarreal managed (three).

Having progressed from each of their first six semi-finals in major European competition, Arsenal have now been eliminated from three of their four appearances at this stage in Europe since, with the only occasion they progressed coming in 2018-19.

Emery, who has now reached five Europa League finals, was in charge of the Gunners at the time, but his team were thrashed by Chelsea in the final. 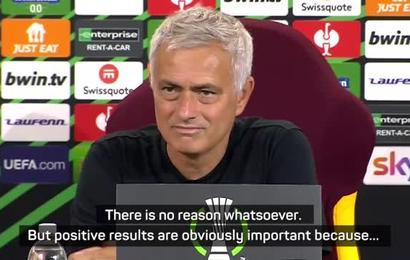 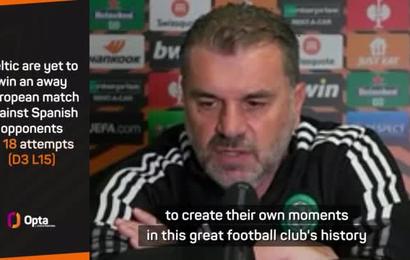 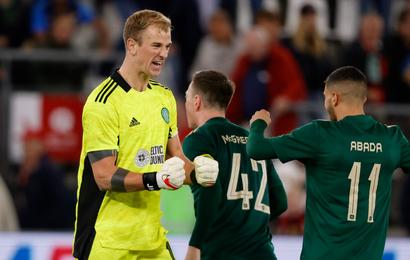