Ukraine needed only a point from its final Group C match to be sure of second place and a last-16 meeting with Italy at Wembley on Sunday (AEST).

However, Christoph Baumgartner's first-half goal gave Austria a narrow victory to book a clash with the Azzurri, advancing from the group stage for the first time at a European Championship.

Despite the narrow margin of defeat, the scoreline flattered Ukraine.

Austria had 13 shots before half-time – behind only Italy's 14 versus Turkey in terms of the most in a first half at the tournament so far – along with eight corners.

The interval slowed their momentum a little, but Austria still outshot Ukraine 18 to five, their chances boasting a far superior combined expected goals value of 1.5 (0.3 for Ukraine).

Andriy Shevchenko's side had thrilled in a defeat to the Netherlands and then beating North Macedonia, yet they must now wait to see if they finish as one of the four best third-placed finishers.

"I'm so disappointed," Manchester City's Zinchenko said. "I don't even know what to say.

"We felt very well ahead of the game in the training sessions, but nothing worked for us tonight.

"I don't think Austria's physical qualities were the key reason for our defeat. I think it's more about the mentality.

"We have to be the winners on the pitch. We have to fight and try to win all individual duels. But now we, probably, just have to accept our level."

Zinchenko's emotions were in contrast to those of Austria coach Franco Foda, although he was not impressed by a question relating to Marko Arnautovic's performance at his news conference.

Arnautovic returned from suspension to start for the first time at the finals, but he hit the target with only one of his four shots and was guilty of one particularly glaring miss.

"We managed to achieve something historic. We wrote history," Foda replied. "And you ask me such a question? Just be happy with us, with the team.

"You ask me such a question, how I would evaluate the performance of Marko Arnautovic? Just tell us we played well.

"Don't be mad at me, but I don't like questions like that. I don't want to answer them.

"I'm happy with him, I'm satisfied with him and he showed on the pitch what I was expecting." 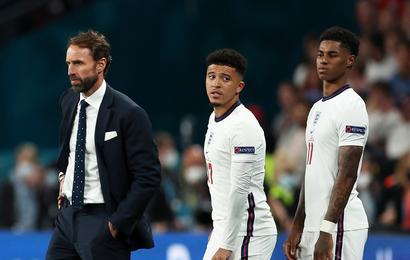 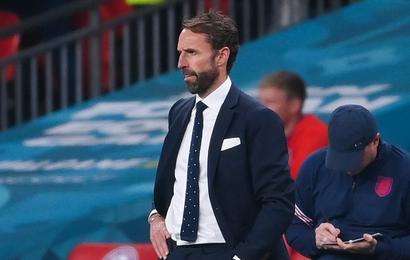