Ramos has been linked to the Ligue 1 champion with his Real Madrid deal expiring at the end of the season.

But PSG seemingly has other deals it wants done first. 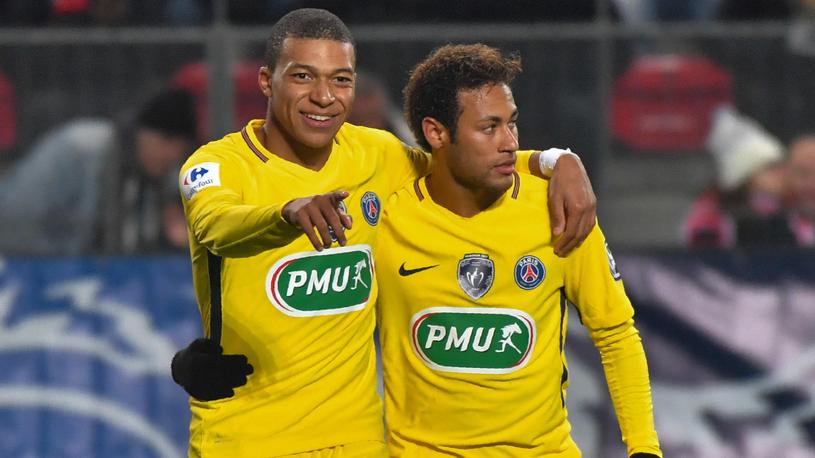 PSG is prioritising new deals for Mbappe and Neymar over a potential move for Madrid defender Ramos, according to Goal.

Mbappe and Neymar are both out of contract in 2022 and have unsurprisingly emerged as targets for clubs in Europe.

The star forwards have both been at PSG since 2017, helping the club win Ligue 1 in every season since.

Interestingly, Mbappe and Neymar have both appeared in just 38 of 113 Ligue 1 games for PSG since arriving.

PSG hase won 34 and lost just one of those, while averaging 3.3 goals for. Without at least one of them, its win percentage drops from 89.5 to 72, and average goals for dips to 2.5.

- Out of contract at Liverpool at the end of the season, Georginio Wijnaldum's future remains unclear. CalcioMercato reports the midfielder is wanted by Barcelona and Inter.

- There could be plenty of movement coming up at Barcelona. Sport reports Riqui Puig has no plans to leave the club in January despite interest from Porto and Benfica. It also says while the LaLiga giant is prepared to let Puig and Carles Alena leave on loan, it is working on selling Samuel Umtiti, Martin Braithwaite, Junior Firpo and Matheus Fernandes.

- Staying at Barcelona and Mundo Deportivo reports the club is working on a contract extension for Ousmane Dembele, whose current deal expires in 2022.

- With Lautaro Martinez continually linked with Barcelona, Inter is considering its options. The Serie A giant is eyeing Torino striker Andrea Belotti as a replacement if Martinez joins Barca, according to CalcioMercato. Since Belotti arrived at Torino in 2015, only Ciro Immobile (111) and Gonzalo Higuain (90) have scored more goals than his 85.

- Also in Serie A, Napoli is considering a loan move for Chelsea defender Emerson Palmieri, according to la Repubblica.