Greek fans have added plenty of colour and excitement to the year's first major, and they celebrated wildly, mostly outside Rod Laver Arena.

Now Tsitsipas, 20, could be given an honour not bestowed on a player since Marcos Baghdatis in 2006 – a souvlaki named after him at Melbourne restaurant Stalactites.

"We'd love to create one for him," Stalactites managing director Nicole Papasavas said. "As we did with Baghdatis, he chose his souvlaki, he chose what he wanted and that's what we made.

"We'd love for him to choose what he'd like in his souvlaki and even if he wants to come and roll the first one, we'd love that too and we'd definitely put it on the menu for him."

A Stalactites regular, Baghdatis – whose souvlaki is available on request – went on a run to the final in 2006, losing to Federer in four sets.

Tsitsipas faces Roberto Bautista Agut in the last eight and the 2018 Next Gen ATP Finals champion will take some stopping.

In a city like Melbourne, with its enormous Greek population, the support for Tsitsipas is only likely to grow.

"It's good to get behind something. Greeks and Greek-Australians can be very passionate about sport, be it tennis or soccer or any sport that they like," Papasavas said. "It creates a sense of community as well. We're all cheering for the same guy, it's a bit of pride in the land that our parents came from and it's something that ties us together.

"It's a bond for Greek-Australians back to their parental home, their family's home."

Tsitsipas enjoyed a breakthrough 2018, but he is a former top-ranked junior who first played the Australian Open in the boys' singles when he made the quarter-finals four years ago.

Harry Manaras, a real estate agent and a committee member at Victorian football club Northcote City, has known Tsitsipas since then.

Manaras, who was in Tsitsipas' player's box during the win over Federer, turned the right-hander into a Northcote fan at the US Open last year.

"It was just a little gesture, a little present. I told him all about Northcote City and the club and whatnot," he said. "I told him they've got Greek origins and he gladly took the jumper and posed for a photo and it's fair to say he's Northcote City for life now."

The fans are only adding to Tsitsipas' run and Manaras said it was comparable to some of the biggest events in world football.

"I just think it's the closest thing to European football matches or going to a World Cup or a Euro final or something like that. That's the best description of it," he said.

"It's amazing, it creates atmosphere at the tennis."

With the help of some increasingly excited supporters, Tsitsipas is closing in on history in Melbourne. 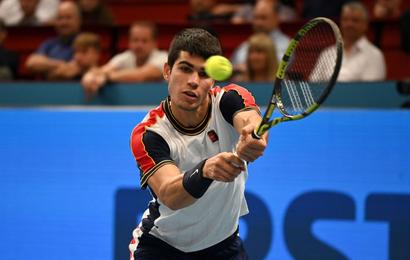 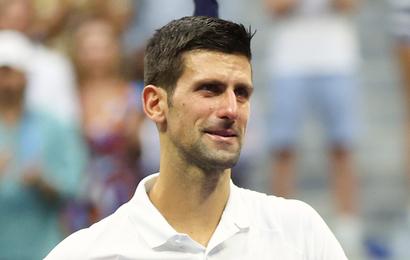