Milan's initiative had been several months in planning, but after several high-profile incidents in Italian football, it accelerated matters to launch at the Derby della Madonnina against bitter rival Inter Milan on Sunday (AEST).

The contest has been rebranded the "Derby Against Racism", as the Rossoneri aim to "demonstrate solidarity with some of the most high-profile targets of the negative behaviour".

The decision to bring the announcement forward comes in the wake of Milan midfielder Franck Kessie and Inter forward Romelu Lukaku suffering alleged racist abuse during matches in September.

An Italian football pundit was also suspended from television show TopCalcio24 for using a racist remark when praising the performances of Lukaku.

"AC Milan will take a leadership position on this issue, promoting basic human values that are relevant to us all. Football provides a powerful example of the strength of unity and teamwork.

"Diversity, inclusion and tolerance enhance the strength of the team, the club and of society as a whole. We believe that we have a moral obligation to do everything we can to address this issue.

"This first significant step aims to visibly demonstrate that we will be proactive in our efforts to tackle racism in football. These values transcend football rivalries and we are delighted to have the support of Inter for this initiative."

Next Hate culture in Italy getting worse: Conte
Read

Moses reunites with Conte at Inter 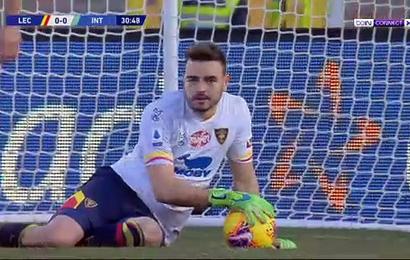