Adams missed the 38-23 defeat of Fiji last weekend due to a calf injury, but the winger will face the Wallabies.

Uilisi Halaholo and Nick Tompkins are Wayne Pivac's centre pairing, while the fit-again Aaron Wainwright is back at number eight.

Wyn Jones and Tomas Francis return to the starting line-up for what will be the final Test of the year for both sides.

Samu comes into the Australia team in the absence of Hooper, who suffered a foot injury in the loss to England at Twickenham last Saturday.

Props Taniela Tupou and Allan Alaalatoa return after missing the defeat to the Red Rose due to concussion, while Tolu Latu starts at hooker and Filipo Daugunu gets the nod on the wing alongside Andrew Kellaway.

Centre Lalakai Foketi is set to make his debut off the bench, with James Slipper taking over as skipper. 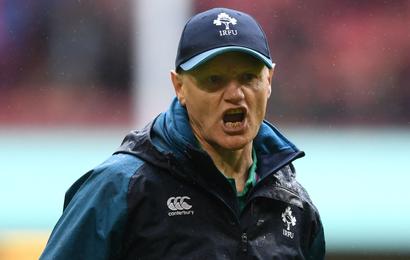