Mario Lemina's strike close to the half-time break earned the visitor a deserved three points that means only goal difference separates it from safety.

It also extended a dreadful run of form for the Premier League champion, whose hopes of qualifying for any form of European football next season are under huge threat.

No doubt encouraged by its opponent's woeful recent form, Fulham made the brighter start.

It twice went close when Josh Maja flicked an unorthodox effort just past the post before Ademola Lookman drove wide after cutting into the box too easily.

Although Liverpool looked to respond through Mohamed Salah, the Egyptian was unable to hit the target after getting in behind on two occasions.

Fulham kept the pressure on, with only a brave Alisson stop and a Neco Williams block denying Maja and Lookman respectively.

The Reds could not deny the Cottagers before half-time, with Lemina picking Salah's pocket at the edge of the box before arrowing a brilliant low effort into the far corner.

Liverpool showed improvement after the break, Diogo Jota stinging the palms of Alphonse Areola with a well-struck left-footed volley just inside the box.

But the Reds' desperation to get back into the game led to gaps opening up, which Ivan Cavaleiro almost exploited in shooting wide after pinching the ball in midfield and breaking at pace.

Shortly after that chance, Jurgen Klopp looked to his bench for inspiration, introducing Sadio Mane in place of Georginio Wijnaldum.

The Senegalese nearly levelled just minutes into his cameo, sending a looping header onto the post from Naby Keita's cross.

That was as close as Liverpool came across a final 25 minutes that featured surprisingly few uncomfortable moments for Fulham. 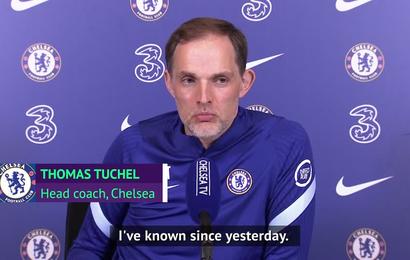