The Brazil international was brought on in the 85th minute of the UEFA Champions League Group C clash at the Etihad Stadium but failed to see out the game after pulling up with a suspected leg injury.

He has suffered several muscle issues in recent seasons, seeing him sit out 15 games two seasons ago as City won a clean sweep of domestic honours.

Guardiola, who was also without Gabriel Jesus, Nathan Ake, Benjamin Mendy, Kevin De Bruyne and Aymeric Laporte against Porto, is predicting another lay-off for the versatile midfielder.

"It is bad news. It is in the place he was injured before," Guardiola told BT Sport. "He will be out a long time. It's happened."

Fernandinho has made 228 Premier League appearances for City since joining the club in 2013, often filling in as an auxiliary centre-back in recent times.

Providing a further update at his post-match news conference, Guardiola added: "It will be four to six weeks. It's a big blow as we have a run of games ahead and no people there."

However, Guardiola delivered more positive news on the fitness of De Bruyne and Laporte, with the key pair possibly in contention for Saturday's league trip to West Ham.

"I think Kevin and Laporte start training tomorrow but I don't know how they will be tomorrow and the next days so we will see," he said.

"Unfortunately people came back and now we have lost another but it is really important to come back.

"In three days we go to London and after we travel to France to play against Marseille and then Sheffield [United] three days after.

"The schedules are so demanding and we need all the players."

Ilkay Gundogan then put his side in front with a dipping free-kick and substitute Ferran Torres added a third 17 minutes from time as the hosts made a winning start to their 10th successive Champions League campaign.

"This is a good start for us. The last 10-15 minutes of the first half and the start of the second we played well," Guardiola said.

"Obviously we concede the first goal so it was even more difficult to come back. In periods we played quite well and in periods we can still improve.

"So at the end the most important thing is we have the three points and started well to the competition."

Gundogan's stunning free-kick was the turning point in the contest, the German midfielder sending his effort up and over the wall as Guardiola was preparing to replace him.

"I'm glad he didn't [make the substitution]!" Gundogan told BT Sport. "I was quite sure he was going to take me off but saw there was an opportunity for me so thankfully he didn't sub me.

"I have to admit I don't practice it a lot but there are certain distances I feel comfortable with a free-kick.

"That was the perfect distance for me. I had a little discussion with Raheem and I was quite confident to take it. Thanks to him for allowing me to take it. Obviously I'm very happy I could score." 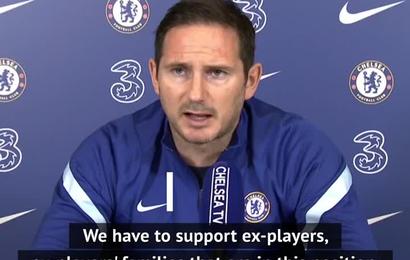 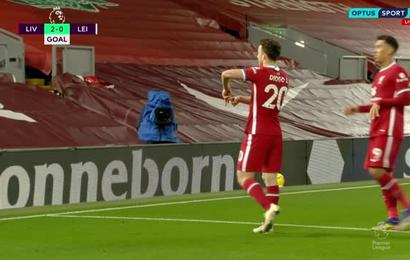