The 20 year-old has yet to make a competitive appearance for the Gunners since being signed for a reported £27million (€29.7m) in July 2019.

Saliba was loaned straight back to Saint-Etienne and spent the second half of last season with Nice after being left out of Arsenal's Premier League and Europa League squads.

He will now return to Ligue 1 for another spell after Marseille reached an agreement with Arsenal over a season-long loan.

Following confirmation of the deal on Thursday, Arsenal technical director Edu told the club's official website: "Together with William, we have decided it will be good for his continued development to spend another season on loan.

"William joined us as an 18-year-old, and he is still only 20, so he is still developing all the time. William is a player with strong natural ability and next season has the potential to be really beneficial for him at Marseille, a good club.

"To play another season in Ligue 1 will be very important for his development. We will of course be keeping in close contact with William during the season and wish him all the best in France with Marseille."

Speaking earlier this year during his time on loan with Nice, Saliba claimed he was "judged on two and a half matches" by Arsenal manager Mikel Arteta.

The France Under-20 international featured 22 times for Nice in all competitions in the second half of last season, 20 of those appearances coming in Ligue 1.

He averaged 73.15 attempted passes per 90 minutes in Ligue 1 last term, which compares to 69.85 for Gabriel Magalhaes for Arsenal in the Premier League, 55.17 for Rob Holding and 55.1 for Pablo Mari.

Marseille has already signed Matteo Guendouzi from Arsenal on a permanent transfer during the close season. 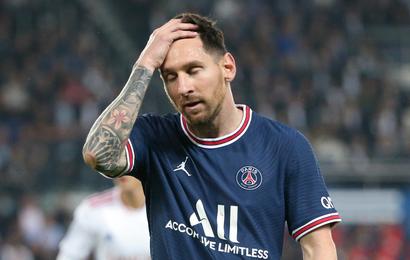