Ancelotti left Premier League side Everton to take charge of Los Blancos for the second time in June, after Zinedine Zidane's departure, and the Italian secured three points in his first competitive game back at the helm.

Benzema, captaining the side after Sergio Ramos's departure for Paris Saint-Germain, scored twice in the second half either side of a strike from Nacho at Estadio Mendizorroza on Sunday (AEST).

Joselu pulled a one back from the penalty spot before Vinicius Junior added a last-gasp fourth goal as Madrid, with Gareth Bale making his first LaLiga start since June 2020, issued an early statement of intent.

Luis Rioja cut in from the right and tested Thibaut Courtois with a left-foot drive in a bright start for Alaves, but Madrid soon stamped its authority on the game.

Eden Hazard curled wide from just outside the penalty area and Bale was also off target as Madrid applied the pressure.

Benzema demonstrated exquisite control prior to bending a measured strike narrowly wide of the far post before Rioja poked an effort on to the roof of the net against the run of play.

France striker Benzema was not to be denied in the third minute of the second half, drilling home with his right foot after Hazard cleverly touched Lucas Vazquez's cutback into his path.

Los Blancos were dominant and soon doubled their advantage, the classy Luka Modric conjuring up trickery and an pinpoint cross for Nacho, who volleyed in from close range as Alaves were caught out by a short corner.

Madrid had seemingly only just finished celebrating when Courtois brought down John Guidetti and Joselu gave Alaves hope from the spot with 65 minutes gone.

The hosts were never likely to mount a comeback, though, and Vinicius headed home a cross from new signing David Alaba right at the end. 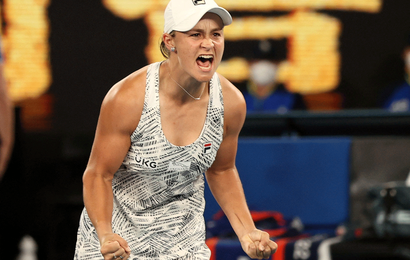