The Catalan giant is gearing up for a presidential election after Josep Maria Bartomeu and the entire board stepped down from the position ahead of an expected vote of no confidence.

Messi on target as Barca closes on last 16

Barca finished 2019-2020 trophyless and has this season made its joint-worst start to a LaLiga campaign since the competition shifted to three points for a win.

However, Pique is looking forward to a brighter future at Camp Nou once a new board of directors is in place.

"The club is as it is right now," he said after Thursday's (AEDT) 2-1 Champions League win over Dynamo Kiev. "We are in a process of many changes.

"I think it was necessary to turn this around. It was obvious that the trend was decreasing and that we were a little worse every year.

"We have to give this time, but there is no transition year at Barca so we don't have much time. There will be a change with the board and it will be seen little by little.

"It is not an easy year for us, not only because of what is happening at the club. Life is a continuous change in which you have to adapt."

He added: "I am convinced that we are going to change because the feelings are better. There are new people, young people who are making the game more dynamic.

"We need some time to gain confidence. We can only work very hard and strong. With work, I believe that the results end up coming. We are confident that we can do great things and there is still a lot of this season left."

Barcelona picked up a third successive Group G win thanks to an early Lionel Messi penalty – his third successul spot-kick of this Champions League campaign – and Pique's header in the second half.

Dynamo were depleted by a coronavirus outbreak in the camp but tested Marc-Andre ter Stegen six times and pulled one back through Viktor Tsygankov.

Barca is three points clear of second-place Juventus and nine better off than Kiev and Ferencvaros, but Pique conceded there is still room for improvement.

"It was a game that we started very well," he said. "In the first 20 minutes we should have scored several goals.

"Then the game got complicated. After the 30th minute they dominated us a lot. There was restlessness at times and they scored a goal.

"There are things to improve. There have been moments when the pressure has not been good From then on, in the Champions League, all the teams have a level.

"We have had to grit our teeth and suffer. We are in a good situation in the Champions League but in the league we have to turn it around."

Ter Stegen was making his first appearance of the season after recovering from injury and insists the points matter more than any individual praise aimed his way.

"I think in the end it was very important to win today," he said. "I really wanted to be on the field again and do what I like the most.

"My saves do not matter - it matters that we won today and that I am back on the field. I am very happy for the team and that we are top."

Next Messi faces pay cut if he stays at Barcelona
Read

Koeman says criticism of stars not aimed at Messi 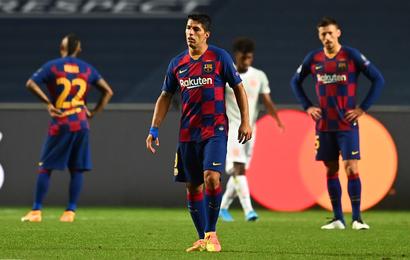 Suarez opens up about Barcelona exit 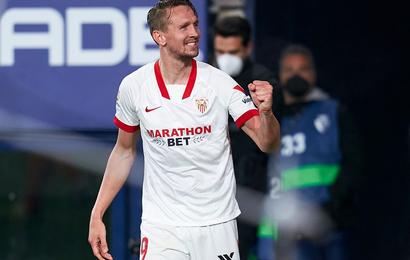