One of the stand-out performers in his country's surprise run to the semi-finals of Euro 2016, Ramsey was making his first start of the current campaign following persisted fitness problems.

But the Juventus midfielder re-announced himself in style at a fervent Cardiff City Stadium, scoring a goal in each half as Wales deservedly claimed the win they needed to leapfrog Hungary and take the second automatic qualifying spot in Group E.

Gareth Bale, Daniel James and the goalscorer buzzed effectively behind imposing targetman Kieffer Moore throughout, although Giggs was also indebted to some first-half heroics from goalkeeper Wayne Hennessey.

Wales began confidently and, when Adam Lang made the mistake of showing Bale on to his left foot on the right flank, the Real Madrid star whipped in an inviting cross for Ramsey to gleefully nod home.

Hennessy produced a remarkable double-save to thwart Dominik Szoboszlai and Roland Sallai at close quarters in the 34th minute and it would prove a pivotal moment.

Instead of chasing the game, Wales were able to resume in composed fashion after the break and they soon had breathing space.

Moore – a handful in the air throughout for the Hungary defence - knocked down Ben Davies' 47th-minute set-piece and Ramsey, left negligently unmarked for a man of his finishing capabilities, made no mistake.

Giggs' eye-catching attacking midfield trio started to run through their repertoire, with Bale fizzing a free-kick narrowly over before James cut in to curl a shot just beyond the top-right corner. 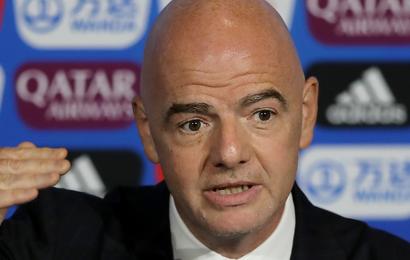