The Real Madrid president, who has been a driving force and staunch defender of the controversial breakaway competition, says those that signed up "can't leave", even if they say they have quit the league.

Twelve teams declared last week that they had committed to the Super League, but by Wednesday (AEST) all six Premier League clubs announced they had quit. Inter Milan and Atletico Madrid soon followed, and AC Milan may also withdraw, while Juventus remains an advocate of the league but has acknowledged its collapse.

Real Madrid and Barcelona very much remain, but for all the merits of Clasico clashes, they need other clubs to firmly commit for any new competition to be viable.

Perez was asked in an interview with Spanish newspaper AS whether it was true that clubs would have to buy themselves out of binding contracts.

He said: "I'm not going to take my time to explain what a binding contract is here. But the fact is, the clubs can't leave.

"Some, because of the pressure, have had to say they'll leave. But this project, or something very similar, will happen, and I hope it's in the near future."

Supporters, players, coaches, politicians and even royalty have come out in opposition of the plans, with the 'closed-shop' nature of the Super League, whereby the 12 founding clubs would be guaranteed continuing membership, being criticised as an anti-competitive concept.

UEFA and FIFA, the long-time governing bodies of the European and world game, have been scathing and pointed to the possibility of punishments being imposed on the clubs involved.

Perez vowed the Super League has not yet been killed off and is merely a sleeping project, poised to be resurrected.

"The entity exists and the members who make up the Super League are there too," he said.

"What we've done is given ourselves a few weeks to reflect on the hostility with which certain people who don't want to lose their privileges have manipulated the project."

He said financial backer JP Morgan remains involved, despite the investment banking firm stating it "clearly misjudged" the depth of feeling that would be stirred in the football community by the league.

"They've taken time to reflect, like the 12 clubs," Perez said. "If something needs to be changed, it'll be changed, but the Super League is the best project we've thought can be carried out."

Perez said he was baffled by expansion plans for the UEFA Champions League, announced on Tuesday (AEST), which will see 36 teams rather than the current 32 compete from the 2024-2025 season, each guaranteed at least 10 games per season, and he said the start date was too far away.

Madrid, Barcelona and all major European clubs have been hit financially by the COVID-19 crisis, with major revenue streams such as matchday income cut off.

Perez said there was a danger that "all the clubs go bankrupt" unless there is immediate action. 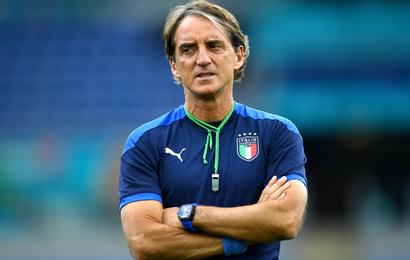