Wolverhampton Wanderers moved two points clear at the top of the Championship with a 2-0 win over local rival Aston Villa.

Nuno Espirito Santo's side was the dominant force throughout at Molineux as Diogo Jota and Leo Bonatini got the goals to seal an eighth league victory this season.

Sheffield United, meanwhile, is level on points with second-place Cardiff City after a 1-0 win over Ipswich Town.

Chris Basham's second-half header inflicted a third defeat in four on Mick McCarthy's side and put United on 24 points, just one goal behind Cardiff, which lost at Birmingham City.

Wolves ran riot in a 4-0 win at Burton Albion before the international break and the win against Villa was an equally commanding display.

They fired in 20 shots to Villa's seven and dictated the possession as they claimed both the bragging rights and the summit of the table.

It was not until early in the second half that they made their dominance count but it was worth the wait, with Jota blasting high into the net after being teed up by Ivan Cavaleiro.

Bonatini drilled home on the break with 19 minutes left to seal the win and pull clear of Cardiff and the Blades, while Villa was left to rue the end of its eight-match unbeaten league run.

Preston North End surrendered a two-goal lead at Fulham as it missed the chance to close to within two points of the automatic promotion places.

Jordan Hugill and Tom Barkhuizen's deflected strike put it 2-0 up after 25 minutes at Craven Cottage, but an Oliver Norwood penalty and a 96th-minute leveller from Denis Odoi saw the home side snatch a point.

Nelson Oliveira also struck in second-half stoppage-time, his header giving Norwich City a 1-1 draw with 10-man Hull City at Carrow Road, who had taken the lead through Nouha Dicko before David Meyler was sent off.

Meanwhile, Leeds United's promotion hopes also took something of a blow as it lost 1-0 at home to Reading, which ended a six-game run without a victory in all competitions thanks to an 85th-minute goal from Modou Barrow, who had a loan spell at Elland Road last term, and a stoppage-time penalty save from Vito Mannone.

Bolton Wanderers claimed its first league win of the season, with Sammy Ameobi and a Sam Hutchinson own goal giving it a 2-1 home victory over Sheffield Wednesday that also ended its eight-game wait for a league goal.

Fellow struggler Sunderland battled to a 1-1 draw with Queens Park Rangers at The Stadium of Light thanks to an Aiden McGeady strike but are now only three points above Wanderers in the relegation zone.

Middlesbrough twice came from a goal down to force a 2-2 draw at Barnsley, with Britt Assombalonga firing home the fourth goal at Oakwell, but it was unable to find a third as it made it four games without a win.

Romaine Sawyers gave Brentford a 1-0 win over Millwall, which saw a penalty saved by Daniel Bentley in the final 10 minutes.

Next Vydra's rapid start sets Derby on its way
Read 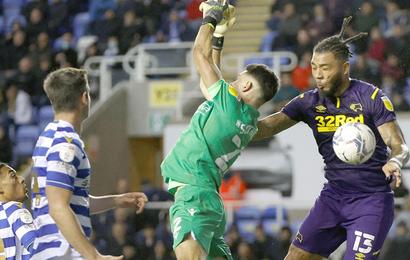 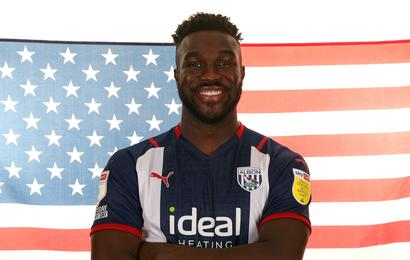 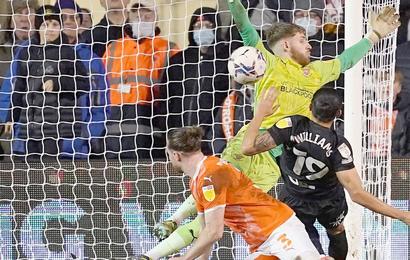