The Premier League side saw off a brief spell of Bournemouth first-half pressure and took the lead when Moussa Djenepo finished coolly after being found by Redmond.

Redmond then struck either side of half-time as he first scored a fine individual goal and then calmly stroked in a rebound after the ball had bounced to him off the post.

Southampton's victory over the Championship outfit ensured it progressed to the semi-finals of the competition for the second time in 17 seasons, having last done so in 2017-2018.

The Saints thought they had taken the lead early on when Cameron Carter-Vickers put through his own net from a Kyle Walker-Peters cross, but VAR (video assistant referee) deemed the Saints man offside.

Arnaut Danjuma tested Fraser Forster at his near post and Rodrigo Riquelme fired wide after a free-kick routine for the Cherries, but Southampton then took control.

Djenepo struck a low, angled finish beyond Asmir Begovic after receiving Redmond's clever pass at the end of a slick counter-attack to put Saints ahead.

Provider then turned goalscorer in first-half stoppage-time when Redmond burst forward at pace and curled a fine finish back across goal into the top-left corner.

Che Adams crisply arrowed the ball into the net from long range eight minutes in the second half only for it to be chalked off by VAR with Stuart Armstrong in an offside position.

Ralph Hasenhuttl's side effectively made the outcome certain with 31 minutes left when Armstrong's shot bounced into the path of Redmond who placed it low it the corner.

The impressive Redmond almost had a hat-trick when he curled wide from a good position after fine play by Armstrong. 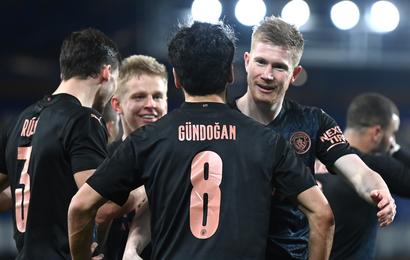