Alex Sandro fired the defending champion Brazil ahead early before star team-mate Neymar added the second goal in the 68th minute, marking the fourth consecutive match he has scored for the Selecao.

It was Neymar's 68th international goal as the Paris Saint-Germain forward closed within Pele's record of 77 for Brazil.

Everton Ribeiro and Richarlison completed the scoring during the closing stages in Rio de Janeiro, where the result continued Brazil's exceptional form under Tite, having not conceded a goal in its past six games.

After Fred shot wide early, the Selecao took the lead in the 12th minute, when Neymar broke on the left with his cross finding Gabriel Jesus – who cut back for Alex Sandro to turn home from inside the six-yard box.

Brazil had never lost in the 43 previous games under Tite in all competitions when it had scored first, but Peru still forced its way into the game.

Neymar thought he had won a penalty on the hour-mark when he fell under pressure from Renato Tapia, but referee Patricio Loustau reversed his original decision after a VAR check.

He did not need to wait long for his goal, collecting the ball just outside the box and drilling a low shot past Peru goalkeeper Pedro Gallese.

Neymar set up half-time substitute Richarlison for a 73rd-minute chance saved by Gallese, while Peru substitute Alex Valera volleyed over a gilt-edged chance in the 79th minute.

Brazil scored a third goal as Neymar dashed forward, finding Richarlison on the left and the Everton star centred for Everton Ribeiro who forced home his maiden international goal in the final minute of regulation.

Richarlison added another in the third minute of stoppage time, finding the back of the net following a goal-mouth scramble after Gallese saved Roberto Firmino's initial effort from Neymar's neat throughball. 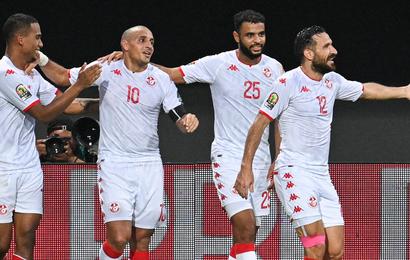