'The Kid' has performed on the biggest stages in boxing, including a title fight against former unified light-welterweight champion Amir Khan in 2019, and he plans to draw on this experience at the sport's highest levels to outwit heavy-hitting knockout artist Ng.

“If things don’t go the way we planned on Saturday that will be time for me to say goodbye to the sport of boxing, but I don’t believe that’s going to happen,” Dib said. “My mindset is that of a winner so I’m ready to rock and roll.”

“Experience is going to play a massive part. He knows he’s facing a guy who’s a former two-time world champion it’s a big step up for him,” Dib said. “I believe in myself, I believe in my talent and I know that if Billy Dib turns up, Billy Dib wins the fight.”

What Ng lacks in experience he makes up for in inches, towering over Dib as the two faced off at their pre-fight press conference, but Dib is unfazed by the 11 centimetre height disadvantage, having contested world titles across three weight classes during his career. 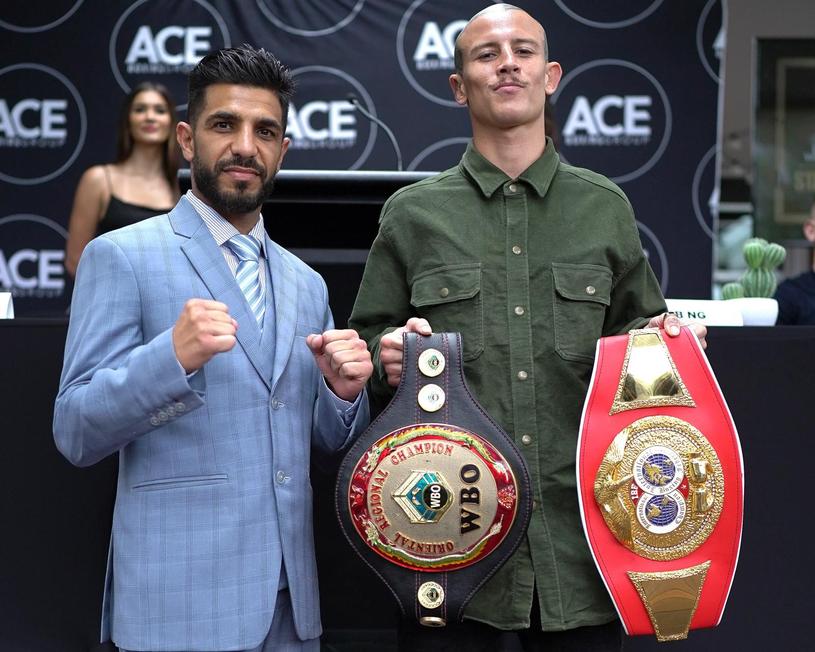 “Facing a guy who’s tall doesn’t bother me. Everything Jacob NG is going to bring to the ring I’ve seen before,” Dib said. “I feel like he doesn’t use his attributes, his length his reach. He gets caught up in a brawl all the time”

Ng has been touted as the next rising star in Australian boxing, with 15 wins from 15 professional fights, 11 of which coming by way of knockout, but Dib believes he has the tools to make the heavy hitter strike out.

With Ng ranked in the IBF and WBO top 10, beating the 27 year-old won’t be easy, but Dib’s self-belief is unwavering as he looks to reaffirm himself as a serious lightweight contender.

“I’m not looking past Jacob that’s for sure, but when I do win, because I know I’m gonna win that opens the doors for an opportunity to put myself in the mix in the lightweight division.

Islam has been an ever-present part of Dib’s life, growing up in a religious household, but he’s recently taken his faith to a new level after striking a deal with the Sheikh at his local mosque.

“When I saw my son being born I thought to myself ‘ how am I going to tell this kid to read the Quran when he’s going to ask: dad why do I have to do it when you didn’t do it’.

“So I approached the Sheikh, and he told me ‘listen you teach me how to box and I’ll teach you read Quran” “It [Islam] has given me strength from within, peace, harmony.

“In the perspective of things, boxing ain't everything – to me, faith is everything.”