Graham Arnold - the coach who propelled Harry Souttar onto the international stage - believes he’s more than ready to make the jump to the Premier League, with Everton, Tottenham and Aston Villa all linked with the $38-million rated Stoke City defender.

Souttar, 23, would represent a shrewd investment, according to Arnold, whose faith in the Scottish-born giant has been well rewarded in his first eight caps for his adopted country.

Multiple reports in the UK have linked Souttar with a January move from the Championship to the top flight, where he would become the sole Australian on a star-spangled landscape where many of his compatriots once flourished.

“The interest in Harry doesn’t surprise me at all,” Arnold told beIN SPORTS. “Those clubs looking at him would be smart to try and get him while he’s still young because he’s got so much improvement still left in him.

“He’s such a great guy and very mature for his age - he’s been doing great for his club and also for us.

“His game is evolving - and all the international experience he’s picking up is playing a big part in that.”

Contracted until mid-2025 with the Potters, 198cm Souttar had serial loan spells at League One Fleetwood Town before breaking into Michael O’Neill’s starting lineup last season - and he has continued where he left off with a domineering opening 12 games to the new campaign for the ninth-placed Midlands club.

“He’s made good decisions over the past few years in going out to Fleetwood and developing his game,” added Arnold.

“He’s played a lot of football.

That’s the thing with these kids - they just need match minutes.

“He’s really got a bit of everything … he’s very quick, reads the game well and is very strong.

“He’s only going to get better in every facet of his game.”

Arnold spotted the Dundee United product’s potential back in 2019 when he initially blooded him with the Olyroos.

But he credits retired Socceroos goalkeeper Adam Federici with bringing Souttar onto the green and gold radar.

“He was a teammate of Harry’s at Stoke at the time and phoned us up to tell us about this kid in the reserves who we should have a look because was eligible for an Australian passport (through his mother)," Arnold said.

“(Once the paper work was complete) we brought him straight into camp in Cambodia and he hasn’t looked back.” 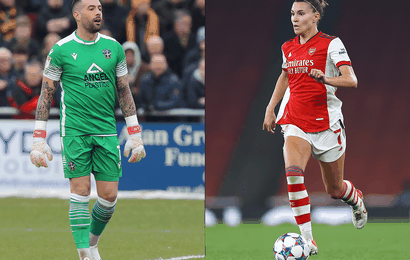 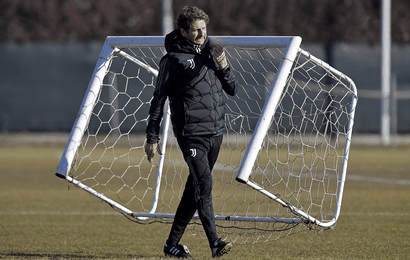