Roberto Martinez is confident Romelu Lukaku will be able to feature in Belgium's upcoming matches, despite concerns raised by Inter over the striker's fitness.

Lukaku sat out Inter's 2-2 Serie A draw with Parma and 3-2 loss to Real Madrid in the Champions League because of a thigh injury sustained against Shakhtar Donetsk.

The 27-year-old is being monitored by Inter on a daily basis and remains doubtful for Sunday's league trip to Atalanta.

However, Lukaku has been included in Belgium's squad for the upcoming friendly with Switzerland and the Nations League games against England and Denmark.

"We have been in close contact with Inter," Martinez said at a news conference on Friday. "We are confident of his presence from Monday. He will be ready."

Eden Hazard, another who is carrying a minor injury, has also been selected as part of Belgium's extended 32-man group.

The Real Madrid forward has played just three times in all competitions this season but Martinez is ready to use him over the coming fortnight.

"He has already started two matches for Real Madrid and feels good," Martinez said. "His return is going well and he could therefore receive playing time."

Hazard's Madrid team-mate Thibaut Courtois is once again included and Martinez believes the ex-Chelsea man is "the best goalkeeper in the world".

Courtois has a save percentage of 79.34 in LaLiga since the start of last season, compared to 78.68 for Jan Oblak and 68.97 for Marc-Andre ter Stegen of Atletico Madrid and Barcelona respectively.

Liverpool stopper Alisson has saved 69.47 per cent of the shots he has faced in the Premier League over the same timeframe, meanwhile, and Paris Saint-Germain's Keylor Navas' save percentage is 76.54 in Ligue 1.

Previous Rumour Has It: Ronaldo plans to play at top level
Read 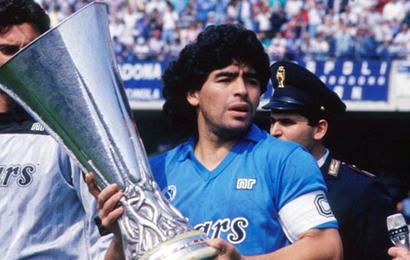