Shevchenko was available after stepping down following a five-year spell in charge of his native Ukraine, who reached the quarter-finals for the first time at Euro 2020.

Milan great Shevchenko – contracted until June 2024 – takes over a Genoa side only above the relegation zone on goal difference ahead of Sampdoria after 12 rounds after Davide Ballardini was sacked following a 2-2 draw with Empoli on Friday.

Shevchenko's first task will be a showdown with under-fire Jose Mourinho and his out-of-form Roma following the international break on November 21.

A 111-cap Ukraine international, Shevchenko won the Scudetto and Champions League during his initial seven-year stint at San Siro, where the 45-year-old scored 173 goals after arriving from Dynamo Kiev in 1999.

Shevchenko joined Premier League giants Chelsea in 2006 and was part of the team that won the FA Cup and EFL Cup in his debut campaign before returning to Milan on loan in 2008.

Appointed by Ukraine in 2016, Shevchenko finished with a 48.1 winning percentage having won 25 of his 52 international fixtures.

Next Roma not better than last season – Mourinho critic
Read 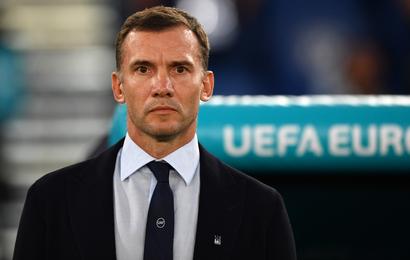