Ronaldo enjoyed one extraordinary season at Camp Nou, scoring 34 LaLiga goals in 37 appearances before leaving for Inter ahead of the 1997-98 campaign.

His form at Barca helped him become FIFA World Player of the Year in 1996 and 1997, but he grew unhappy and contract negotiations broke down, with Inter then swooping in to pay his release clause.

Reports at the time suggested Neymar had grown frustrated with the club's hierarchy, and Ronaldo revealed that he had the same issue.

"Neymar's exit from Barca was a bit like mine," the 41-year-old told Veja. "I went to Inter when the Italian league was much stronger than France is now.

"I don't have the details and I don't know what was behind the negotiation [for Neymar]. Maybe everything came from problems with the Barcelona board, as was the case with me. I'd do it [leave] again."

Ronaldo, who retired in 2011, wants to become involved in the operational running of a club, rather than a coaching role, something he "can't imagine" ever wanting to do.

He said: "I'm looking for a club to become [general] team manager of. I want to have this kind of experience, in Brazil or elsewhere, while we run football academies.

"I completely rule out coaching a team in my life. I can't imagine 25 players bothering me every day, doing everything possible to trick me." 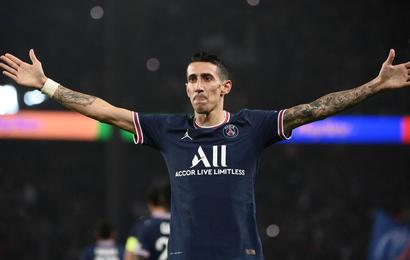