Romelu Lukaku ended a six-game competitive dry spell with both Belgium goals in a late 2-1 home win over a stubborn Switzerland in the Nations League on Friday.

On target twice in a 3-0 defeat of Iceland last month, Manchester United striker Lukaku repeated the heroics as he scored either side of Mario Gavranovic's surprise 76th-minute equaliser.

The 25-year-old looked to have played the part of villain when he blazed over a golden opportunity to restore the hosts' lead late in proceedings, but he regained composure to tuck away a chance instigated by Eden Hazard six minutes from time and send the Red Devils top of Group A2.

The result may provide Thierry Henry with a winning farewell in what could be his final match as Roberto Martinez's assistant - the France great closing in on the vacant Monaco post. 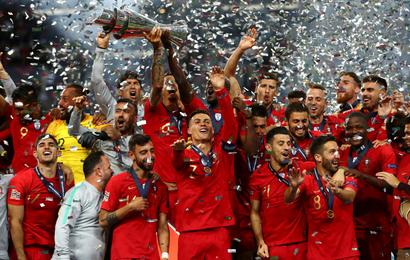