Kylian Mbappe was left disappointed by Olivier Giroud's comments over a perceived lack of service, though he insists the situation between the pair will not overshadow France's bid for glory at Euro 2020.

The reigning world champions kick off their campaign in the delayed tournament on Tuesday, as they take on Group F rivals Germany at the Allianz Arena in Munich.

Les Bleus recorded successive 3-0 wins in warm-up fixtures against Wales and Bulgaria, Giroud scoring twice against the latter after coming on as a substitute.

However, the Chelsea striker – who now has 46 international goals, just five behind Thierry Henry in the country's all-time scoring list – said in a post-match press conference that he did not feel team-mates had looked for him enough when in possession.

His remarks were perceived to be aimed at Mbappe - the pair completed just one pass between each other during their time together on the pitch – and the 22-year-old had the opportunity to respond on Sunday, having been denied the opportunity to speak to the media earlier in the week.

"We talked about it, we discussed it, it made people talk, everyone knows what happened. I was a little affected, but we are not going to make a big deal out of it," Mbappe said.

"The team remains the most important thing, such situations are not going to disrupt our preparation. We are focused on the same objective."

Asked again about the relationship between the pair, the Paris Saint-Germain forward made clear he was not happy with Giroud airing his feelings to the media, rather than in the changing room after the friendly fixture.

"What he said didn't bother me more than that, I'm a striker and I've had this feeling 365 times in a game," Mbappe continued.

"But that's not a problem, these are small things. The team does not need us to get in the way."

He added: "The most important thing is to talk about it, to straighten things out and put it all after the group.

"I repeat, the most important thing is the group and this European Championship. This micro-episode disturbed the fact that we are focused on one thing and one thing only, it is the Euros and this first match against Germany."

Mbappe made clear that while he may not pass the ball as often to Giroud during games as, for example, France team-mate Karim Benzema or PSG colleague Neymar, that is due to situational factors, rather than any personal preference.

"Neymar touches the ball 150 times per game. Benzema touches it 80. Olivier touches it a lot less given his profile. If you compare the number of passes I make to Benzema or Neymar compared to Giroud, of course it is fewer to Olivier," he said.

"But that doesn't mean that I don't look for him. It's just that his profile is different. Benzema comes 40 metres from the goal to get touches, Giroud prefers to stay up front and be present in the box.

"You imply that I do not want to pass to Giroud. I say that these players have different profiles." 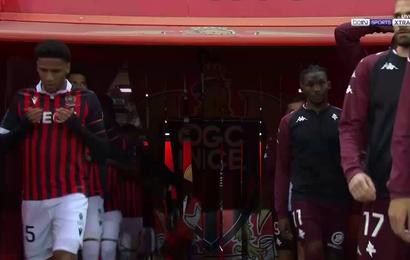 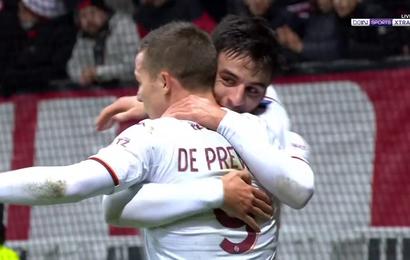