Memphis Depay has urged the Netherlands to start fast against Austria to avoid any more Euro 2020 drama after their thrilling opener against Ukraine.

The two teams go into Thursday's clash in Amsterdam level on three points in Group C after the Oranje scrambled to a 3-2 win, while Austria saw off North Macedonia with a 3-1 victory.

After a scoreless first half, Ukraine recovered from two goals down against the Netherlands in a scintillating second period only for Denzel Dumfries to score the winner five minutes from time.

Depay was tipped as one of the stars to watch in this tournament after a fine season for Lyon, with a move to Barcelona expected soon.

But he failed to score or assist against Ukraine, ending an international run which had seen him produce a goal involvement in each of his previous seven international appearances.

Depay – who has been directly involved in 48 goals in 65 appearances since his debut in 2013, 21 more than any other player – will be eager to put that right against Austria and he pinpointed a fast start as being pivotal.

"We started well against Ukraine – if you analyse the first 60 minutes and you score a goal, it would be an easier match," the ex-Manchester United winger told reporters.

The numbers back up the importance of a strong start for the Netherlands, who have won each of their last 21 internationals when scoring the opening goal.

Austria, meanwhile, are seeking consecutive wins at a major tournament for the first time since the 1982 World Cup.

They will attempt to do that without the suspended Marko Arnautovic, while Juventus defender Matthijs de Ligt will be back in the Netherlands team after recovering from a groin injury.

Wijnaldum opened the scoring against Ukraine and plays with more freedom at international level than he did for old club Liverpool. The Paris Saint-Germain-bound midfielder has now scored 15 goals in his last 26 appearances for the national team, a run that came after he scored just eight times in his first 50 games.

In the 19 matches when he has scored at international level, the Netherlands have won 18 of them, with just one defeat.

Alaba somewhat surprisingly lined up in defence for the first match against North Macedonia, but he still assisted Michael Gregoritsch with a sublime cross for the crucial second Austria goal.

The soon-to-be Real Madrid player will need to draw upon every ounce of his top-level experience if his side are to cause an upset.

- The Netherlands have won each of their last six matches against Austria, twice as many wins compared to their 13 previous encounters (W3 D4 L6). Austria's last victory dates back to May 1990.
- Austria have always found the net when playing the Netherlands away (eight matches), but only won one – their first-ever meeting at Amsterdam's Olympisch Stadion in December 1933.
- The last seven matches between the Netherlands and Austria have produced 30 goals, an average of 4.3 per game.
- Four of Austria's five goals at the European Championships have been scored by substitutes, including two in their win over North Macedonia.
- Austria being without Arnautovic is a blow – only five players have scored more than his 27 goals for the country, while he also netted their last goal against the Netherlands, a penalty in a 3-1 friendly defeat in 2011. 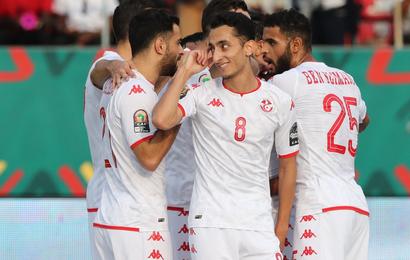