For Eduardo Camavinga, Ansu Fati, Phil Foden, Joshua Zirkzee and Youssoufa Moukoko, a delayed European Championship may turn out to be a blessing in disguise.

The 24-team tournament, which was postponed in March due to the coronavirus pandemic, was due to start on Friday. Instead, it will now begin on June 11, 2021.

There is a strong likelihood several nations will have different starting line-ups in 2021, with new stars tipped to emerge.

Using Opta data, we take a look at those uncapped youngsters who might benefit from the Euros being moved back to next year.

The central-midfield axis of Paul Pogba and N'Golo Kante was well-established during France's run to glory at World Cup 2018, though, due to injury, neither man featured regularly in the Euro qualifiers as Didier Deschamps utilised Corentin Tolisso, a bit-part player for Bayern Munich, and Moussa Sissoko, who will soon turn 31.

Teenager Camavinga shot to prominence by dominating in a win over Paris Saint-Germain as a 16-year-old in August. His assist in that game makes him the youngest player to be involved in a goal across Europe's top five leagues this term, and he has since established himself as a regular for high-flying Rennes.

His 64 tackles in Ligue 1 this season is more than any other midfielder in the major European leagues, while he played more than three time as many minutes (2,112) as any other under-18 player in those divisions prior to the COVID-19 suspension.

Already a France Under-21 international, Camavinga has been linked with a move to Real Madrid and, based on his current trajectory, it is easy to see him muscling his way into Deschamps' plans.

The youngest goalscorer in the history of the Champions League was granted Spanish citizenship in September and it appears only a matter of time before Fati is a senior La Roja international.

There were reports that the Barcelona forward, who was born in Guinea-Bissau, would have been included in the preliminary Spain squad for the March friendlies that were ultimately cancelled.

There were no teenagers in the most recent Spain squad so, at 17, Fati can use the extra time to convince Luis Enrique he is a special case worthy of a regular spot in his selection.

After all, only Lionel Messi (110) and Luis Suarez (125) in the Barca squad have better minutes-per-goal ratios than Fati (202) this season, while the fearless and gifted teenager averages the fourth-most dribble attempts (2.38) per match among Blaugrana players.

You have to be pretty decent if Pep Guardiola has called you "the most talented player" he has ever coached.

Although there have been only fleeting glimpses of Foden in a Manchester City shirt, he has certainly made an impact. In his 11 starts this term, Foden's had a hand in nine goals (seven assists, two goals), while he also has the best minutes-per-assist record (155) across all competitions of Premier League players to have played more than 1,000 minutes.

Regular playing time will surely be less of an issue for the 20-year-old once David Silva departs after the 2019-20 season.

The Spaniard's heir-apparent Foden has already caught the eye for England Under-21s, and might have made the cut for Gareth Southgate's squad in 2020 anyway, but both club and country will have earmarked the classy midfielder for a breakthrough campaign next year.

The enforced break could be considered both a blessing and a curse for Bayern Munich's young Dutch striker Zirkzee.

An injury to Robert Lewandowski had resulted in the 19-year-old starting Bayern's previous two Bundesliga games before the suspension and, having needed just three minutes to score his first two league goals earlier in the season, he was seemingly set to enhance his reputation in the following weeks.

But the season hiatus put paid to that and Lewandowski was fit to return when the campaign resumed, with the Pole typically lethal since. But that doesn't take away from the fact Zirkzee is Bayern's third-youngest Bundesliga goalscorer, as he lays the groundwork for a potential breakthrough season in 2020-21, either at Bayern or on loan elsewhere.

Having only represented Netherlands as high as Under-19 level so far, Zirkzee still has a way to go to force his way into Ronald Koeman's senior squad for competitive fixtures, but another year of development will surely aid his case, particularly given the Oranje's lack of established options in the striker role.

A name that may be unfamiliar to many outside of Germany, though perhaps not for much longer given the goalscoring record Borussia Dortmund's 15-year-old prodigy has.

Moukoko netted for the 34th time in his 20th Under-19 Bundesliga game in March, setting a record for the competition, having scored 50 in 28 appearances at U17 level last season.

A Euros this year would have definitely come too soon for Moukoko but Lucien Favre wants the Germany youth international training with his first team soon, and following a regulation change, he will be able to make his debut when he turns 16 in November.

By this time next year, a man already on Joachim Low's radar may just be a long shot for Die Mannschaft's senior team too. 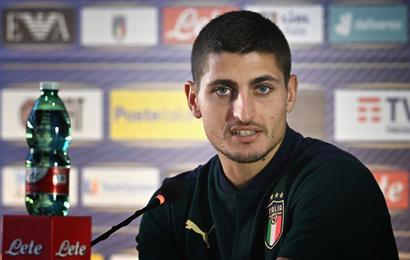 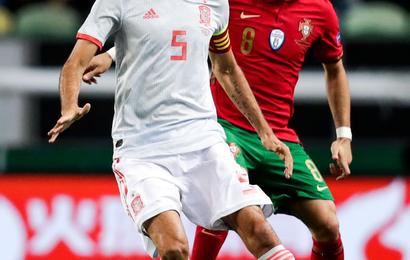 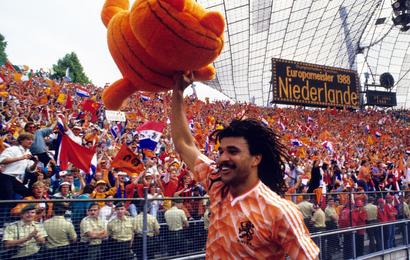 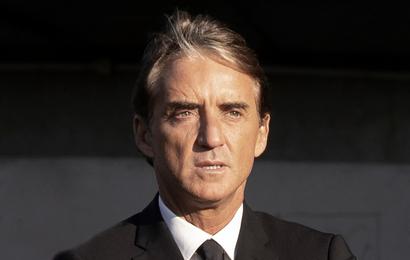