Didier Deschamps accepted France faced a huge test at Euro 2020 as Germany coach Joachim Low had no doubt Group F was the "group of death".

World champions France were drawn alongside Euro 2016 winners Portugal and Germany, plus a play-off winner, in the group on Saturday.

Deschamps acknowledged his team would be challenged in Group F, which will be played in Budapest and Munich.

"It's a difficult group, but I think that Joachim Low and Portugal head coach [Fernando Santos] think the same thing. It's the hardest group, but we have to accept it," he said.

"We will need to be ready at the beginning of the competition because our first game will be against Germany in Munich. They will play at home.

"On paper, it's a tough group. These two teams have many qualities and they recently had good results."

France's first match will be against Germany at the Allianz Arena on June 16 before playing two games in Budapest.

Deschamps said: "It could be better, but what can we do? Germany and Portugal are in our group. We know when we will play and where.

"We still have to wait to know our third opponent. But we already know the quality of two of our opponents. So we can prepare to be ready for the match day."

Low was surprisingly happy about getting the opportunity to play against France and Portugal, but said it was undoubtedly the toughest group.

"At first I feel joy because these are highlight games against France and Portugal. We play against the reigning world champions and European champions," the Germany coach said.

"I think the players are also looking forward to these games. Of course it's a group of death. Everyone in this group has to go to the limit if they want to get ahead.

"But I think that these games will be football festivals. Then we also play in Germany. I'm looking forward to it."

Belgium Win Out In Emotional Clash With Denmark 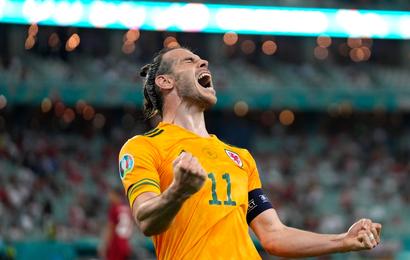