Dimitri Payet gave a match-winning performance as Marseille clinched a place in the last four of the Europa League by beating RB Leipzig 5-2 in a thrilling quarter-final second leg at Stade Velodrome.

Trailing by a single goal after a disappointing display at Red Bull Arena a week earlier, Marseille put an early setback behind them to progress 5-3 on aggregate, with Payet's sensational strike proving decisive.

When Bruma doubled Leipzig's lead in the tie after just two minutes of the game things looked tough for Marseille, the away goal seemingly giving the visitors a huge advantage.

But anything Ralph Hasenhuttl's men could do, Marseille could do better on a night when Rudi Garcia's attack was irrepressible and they scored twice in quick succession through a Stefan Ilsanker own-goal and Bouna Sarr's strike, before Florian Thauvin gave them the advantage in the tie before half-time.

Jean-Kevin Augustin silenced the crowd when he levelled matters early in the second-half but when Marseille needed a talisman, Payet did not let them down and he scored the pick of the evening's goals on the hour mark to spark wild celebrations around the ground.

RB Leipzig get an important second away goal thanks to the strike from Augustin.

Hiroki Sakai added late gloss in stoppage time as Leipzig chased an equaliser, leaving Marseille to dream of reaching the final of this competition for the third time in their history.

Backed by cacophonous support, Marseille began the game looking confident but were immediately pegged back when Bruma picked the ball up in the centre of the penalty area after good work by Augustin and slammed it beyond Yohann Pele.

The goal should have given Leipzig the impetus but Marseille stormed forward and forced an equaliser when Kostas Mitroglou bundled a corner towards goal. It was saved by Peter Gulacsi but bounced in off the knees of Ilsanker.

The third goal of the evening came after a sweeping Marseille move that began with Mitroglou and went out wide to Payet, who crossed for Morgan Sanson to have two attempts on goal saved by Gulacsi before Sarr followed up with a first-time shot into the far left corner.

Payet then hit the net himself with a thunderous left-footed strike from the edge of the box but it was ruled out for an infringement in the build up by Mitroglou, before Marseille were dealt a blow when Sarr had to leave the field with a dislocated shoulder.

Adil Rami replaced Sarr and the change did not hinder the home side, who took the lead in the tie for the first time after 38 minutes when Thauvin met Payet's long, curling free-kick with a delightful cushioned volley into the bottom right corner of the net.

Gulacsi made a brilliant double save early in the second half, stooping to block Mitroglou's close-range shot after Thauvin's low cross and then stretching to push Jordan Amavi's follow-up shot away.

Payet put Mitroglou through for a one-on-one moments later but he dragged his shot wide to the left of the target and five minutes later Marseille were punished for the Greek striker's wastefulness.

Naby Keita embarked on a jinking run that took him all the way into the Marseille area, where he back-heeled the ball to Augustin whose shot clipped the leg of Boubacar Kamara on its way over the head of Pele and into the net.

But Marseille would not be deterred and Payet made amends for the goal he had ruled out by turning the tie back towards the hosts, the skipper Ilsanker with a step-over before hooking the ball into the top left corner of the net with the outside of his right boot from just inside the box.

Rami's backwards header almost presented Emil Forsberg with the chance to steal the tie for Leipzig 15 minutes from time, but Pele snatched the ball just as the substitute was about to pounce.

As Leipzig pushed for a late goal - which would have sent them through on away goals - Marseille wrapped things up on the counter attack, Sakai firing into an unguarded goal from 30 yards after Gulacsi had gone up for a corner. 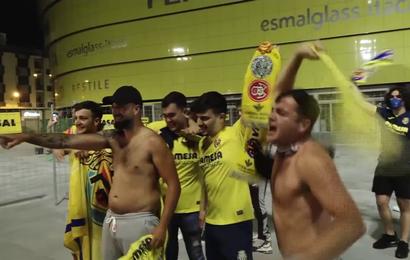 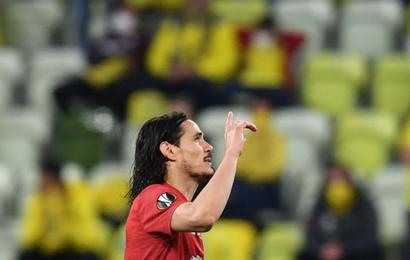