Aaron Ramsey's strike and Kalidou Koulibaly's own goal earned Arsenal a 2-0 home win against Napoli in the first leg of their Europa League quarter-final.

Ramsey finished off a stunning move to open the scoring and Lucas Torreira's drive deflected in off Koulibaly to double Arsenal's advantage before the break at Emirates Stadium on Thursday.

Serie A side Napoli struggled to impose themselves on the contest, although Lorenzo Insigne and Piotr Zielinski had big opportunities, and Carlo Ancelotti's men have work to do in next week's return.

Koulibaly made a superb pair of blocks to repel Ramsey and Ainsley Maitland-Niles but he could do nothing about Arsenal's excellent opener in the 14th minute.

Ramsey's interception sparked a tremendous team move, the midfielder swapping passes with Mesut Ozil before Alexandre Lacazette and Maitland-Niles combined beautifully to set up the Wales international for a placed first-time finish.

Aggressive attacking and a lucky deflection gets Arsenal their second 🙌

See if Napoli can catch up in Leg 1 on #BRLive.
➡️https://t.co/LPXoCtd3yQ pic.twitter.com/ro6n6GdrhC

Arsenal scored a second in the 25th minute, Torreira turning into space outside the Napoli box and seeing his drive take a decisive deflection off Koulibaly.

The Gunners continued to pile forward but, after Lacazette miscued and Pierre-Emerick Aubameyang tested Alex Meret, Insigne missed a great chance before the break.

Napoli improved after the interval with the offside flag ruling out an Insigne goal and Koulibaly forcing a fine save from Petr Cech with a powerful header.

We take a two-goal lead to Stadio San Paolo! 💪

Arsenal pushed for a third, though, with Meret superbly keeping out Ramsey's drive and Nacho Monreal planting a free header over the crossbar from the resulting corner.

The impressive Meret made a double save to deny Sead Kolasinac and Maitland-Niles and Zielinski missed a huge opportunity to score a crucial away goal for Napoli.

And Ramsey and Aubameyang should have made the visitors pay, wasting late chances to leave Napoli with some hope.

What does it mean? Advantage Arsenal, but work to do

Arsenal's dreadful away form means they can take nothing for granted ahead of their trip to Naples. Unai Emery's side have won just twice away from home since November and those victories came against Huddersfield Town in the Premier League and Blackpool in the FA Cup. Napoli will surely be much better than in their limp London display, too.

The enigmatic Ozil was at his bewitching best in the first half, producing an individual performance at odds with his ineffective showing in a Premier League defeat at Everton last time out, during which he petulantly hurled his coat out of the dugout after being substituted. Ozil faded after the break but it was still a surprise to see him again withdrawn by Emery midway through the second period.

Insigne miss could be costly

Napoli's attackers were starved of service for the most part, but when a big chance came the way of Insigne on the stroke of half-time he missed the mark. Jose Callejon found Insigne in a fantastic position but his effort soared over Cech's goal. An away goal could have been key and the second half would have been a different prospect at 2-1.

Napoli are at Chievo on Sunday, hoping to keep their extremely slim Serie A title hopes alive, with Arsenal away to Watford the following day. The sides then resume the tie next Thursday. 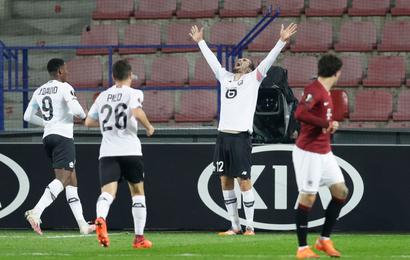 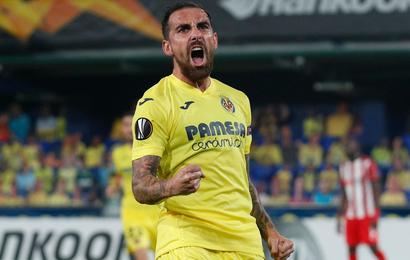