Michael Carrick is the first English manager to win his first game in charge of Manchester United (excluding second spells) since Walter Crickmer in November 1931.

Manchester United are unbeaten in six UEFA Champions League games versus Villarreal (W2 D4) – against no side have they faced more often without losing in the competition (also CSKA Moscow and Bayer Leverkusen six games each).

Villarreal have never beaten an English club in the UEFA Champions League in 12 attempts (D6 L6), the most of any side has faced English opponents without winning in Champions League history.

Cristiano Ronaldo's strike for Man Utd against Villarreal was the third time he has scored the match-winning goal in the final 15 minutes of a Champions League match this season - the most a single player has ever done so in a single season in the competition (excluding extra-time).

Cristiano Ronaldo has scored six goals for Manchester United in this season's UEFA Champions League; only Ruud van Nistelrooy in 2004-05 (8) has ever scored more for an English club in a single group phase of the competition.

Man Utd's Cristiano Ronaldo is the first-ever player to score in each of an English club's first five matches of a single European Cup/Champions League season (excluding qualifiers).

Cristiano Ronaldo has scored 10 goals in 14 games in all competitions this season, the fewest appearances he's needed to reach double figures for Man Utd in a single season.

Jadon Sancho scored his first-ever Manchester United goal in what was his 15th appearance and from his 11th attempted shot in all competitions. 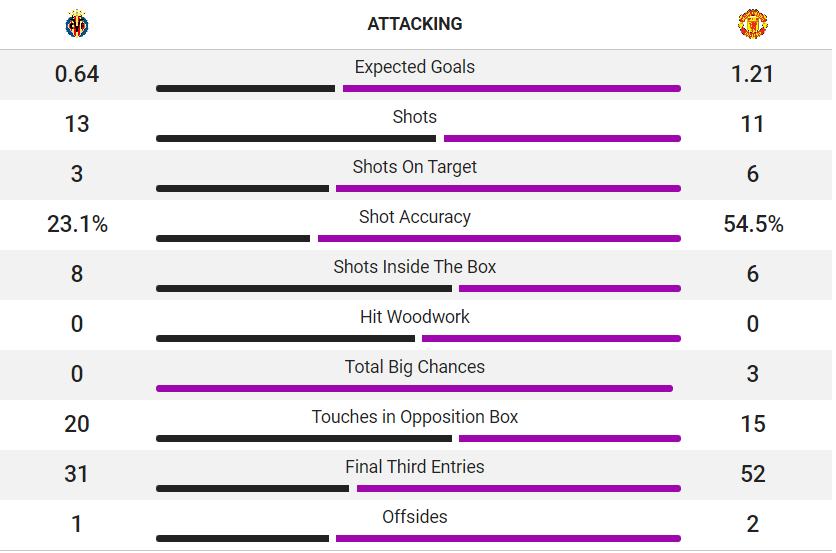 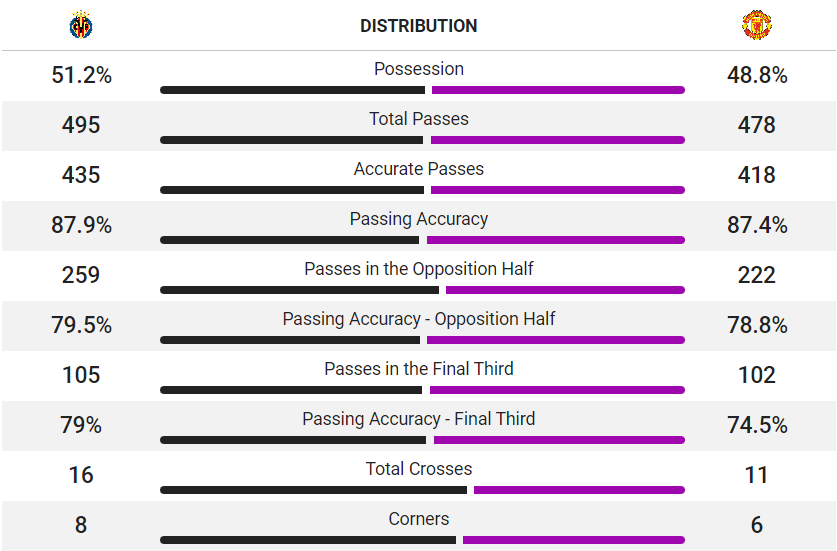