Zenit St Petersburg have been eliminated from the group stage of the UEFA Champions League in each of the last three seasons; they had only been eliminated at this stage in three of their first six such participations before this.

Yaroslav Rakitskiy’s stoppage-time penalty for Zenit (91:09) is the club’s second latest away goal in the competition, after Danny’s at BATE Borisov in November 2008 which was scored at 93:38. The Ukrainian has been involved in three goals in the competition this season (scored 1, assisted 2).

Malmo were the last team to score in this season’s Champions League, with Søren Rieks’ strike after 28 minutes against Zenit Saint Petersburg ending a run of 387 minutes without a goal in this year’s campaign. The Swedish side had failed to score in any of their previous seven Champions League matches.

Søren Rieks scored his first-ever Champions League goal at the age of 34 years and 230 days. He’s only the third different player to score for Malmo in the competition and the first since Markus Rosenberg in a 1-0 win against Shakhtar Donetsk in October 2015.

Zenit are now 18 games in European competition without an away win (includes qualifiers, D4 L14). The last time the Russian side won away from home in Europe was in December 2017 in the Europa League, beating Real Sociedad 3-1. 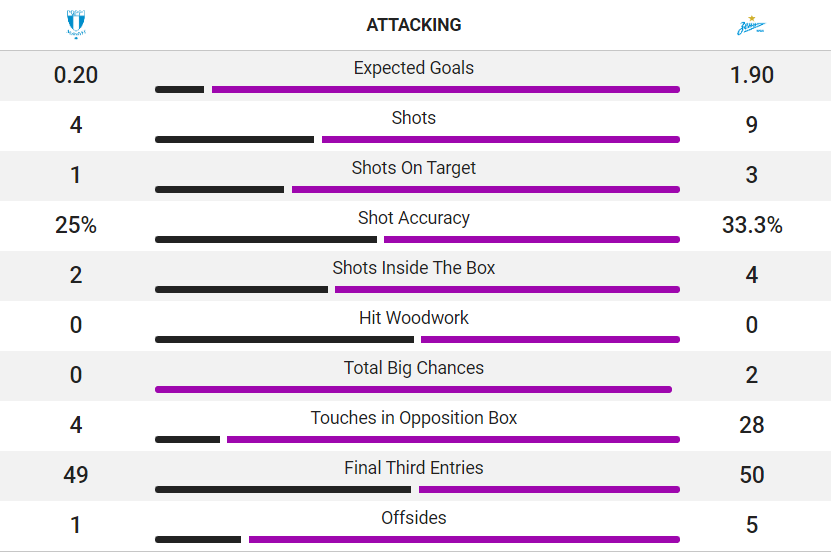 Next Allegri 'not angry' despite Juve's record Champion
Read