Lille’s Jonathan David is only the second Canadian player to score more than one UEFA Champions League goal (two), after Tomasz Radzinski (five).

Jonathan David has scored six goals in nine home games for Lille in all competitions this season, one more than he scored in 23 appearances on home soil for the club last term (five goals).

Lille have eight points from their five UEFA Champions League matches this season (W2 D2 L1), their highest such total from their first five group stage games in the competition, in this their seventh campaign in the tournament.

Since the start of the 2019-20 season, FC Red Bull Salzburg have conceded more goals in UEFA Champions League group stage matches than any other side (36), with the Austrian side failing to keep a clean sheet in all 17 such fixtures in this time.

Lille have won back-to-back games in all European competition for the first time since February 2010 in the UEFA Europa League, while this is the first time the French club have ever won two consecutive UEFA Champions League fixtures. 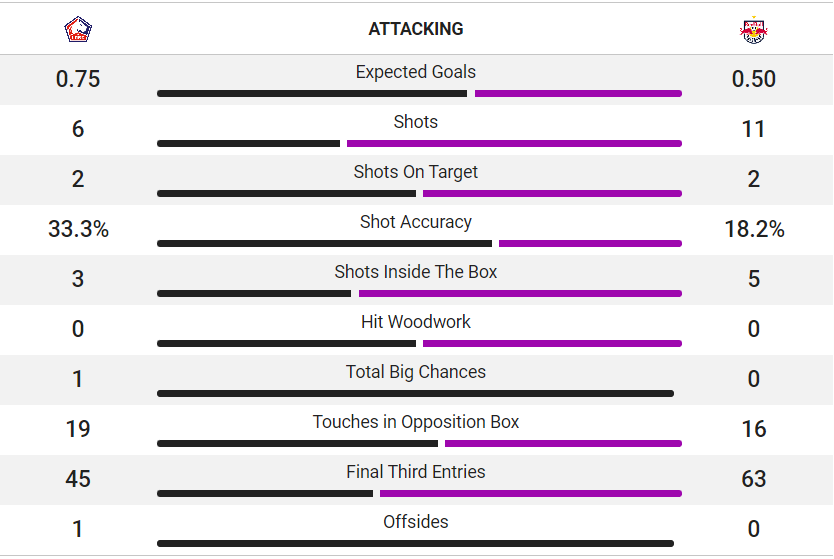 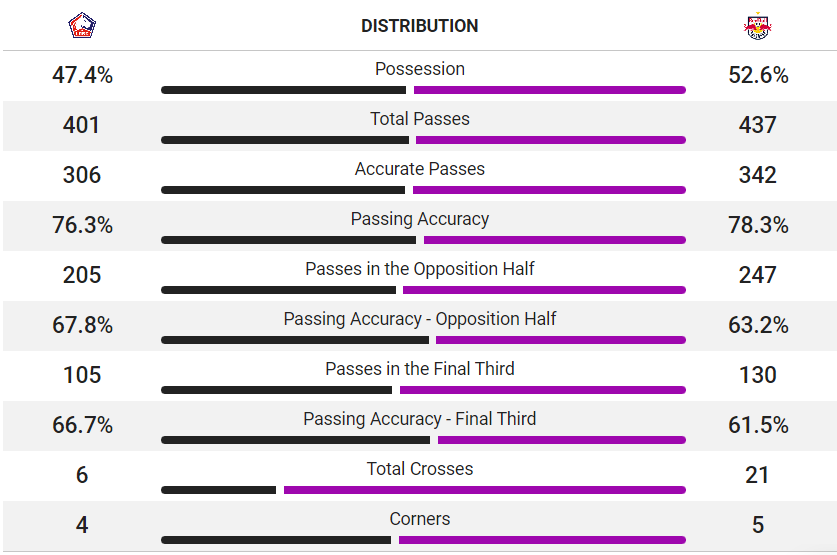