Bayern Munich have won 34 of their last 36 home games in the Champions League group stages (D1 L1), scoring at least once in all 36 matches (113 goals in total).

Benfica have never won against Bayern Munich in European competition (D3 L9), losing all six away games by an aggregate score of 24-6.

Bayern Munich’s 17 goals scored is the joint-most after four games of a Champions League campaign, level with PSG in 2017-18.

Bayern’s Robert Lewandowski became the sixth player to score on his 100th appearance in the UEFA Champions League, after Thierry Henry, Zlatan Ibrahimovic, Cristiano Ronaldo, Andrea Pirlo and Toni Kroos. The Polish forward was the first player to score more than once in the milestone game, however.

Serge Gnabry’s last two Champions League goals for Bayern Munich have come in home games, with none of his first nine strikes in the competition coming at the Allianz Arena.

Bayern Munich striker Robert Lewandowski scored his fourth hat-trick in the UEFA Champions League, the outright third most in the competition after Cristiano Ronaldo and Lionel Messi (8 each). At 33 years and 73 days, he’s the fourth oldest hat-trick scorer in the competition after Olivier Giroud (34y 63d), Cristiano Ronaldo and Claudio Pizarro (both 34y 35d).

Bayern’s Leroy Sané has been involved in 18 goals in his last 17 appearances in the Champions League, scoring 11 and assisting seven. 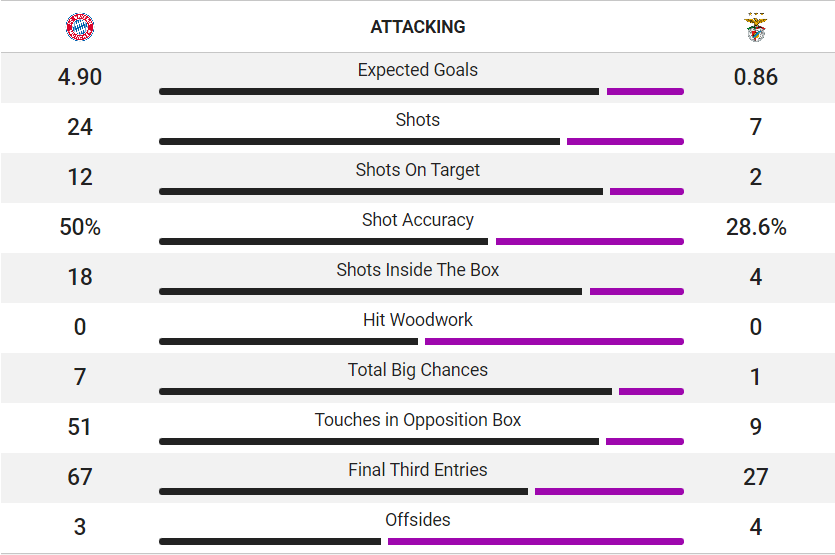 Next Juventus qualify to the next round with win agains
Read