Cristiano Ronaldo has broken his own record for the most Champions League goals in a single calendar year after netting his 17th of 2017 against APOEL on Tuesday.

Having been thwarted by goalkeeper Nauzet Perez in the first half, Ronaldo rose to meet Marcelo's cross and power a header into the net early in the second half in Cyprus to put Real Madrid 5-0 ahead.

He added his 18th of the year four minutes later, firing into the unguarded net on the turn after Karim Benzema pounced on a defensive error.

The Portugal star's previous best of 16 came in 2015, but he has managed to surpass that thanks to some inspirational performances on the way to last season's Champions League title, plus a good run in this year's group stage.

In case you forgot, Ronaldo's still got major hops. https://t.co/gtr2iSkHqw

Ronaldo has struggled somewhat in LaLiga this season, scoring just a single goal in eight appearances, but in Europe there has been no sign of such a drought.

His tally for this season is eight goals in five group games, adding to the 10 he scored in the knockout phase of last year's competition, including a double against Juventus in the final.

98 - Cristiano Ronaldo has now scored more goals for the same club than any other player in #UCL history (Lionel Messi, 97). Immaculate. pic.twitter.com/eB66umub3B

Next Monaco Eliminated With Loss To Leipzig
Read 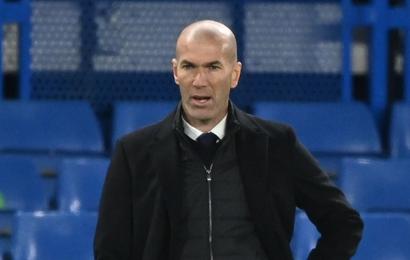