Aged 22 years and 141 days, Trevoh Chalobah was the youngest player to score on his first UEFA Champions League start for Chelsea since Oscar in September 2012 (21y 10d), and the youngest Englishman to do so for the club since Daniel Sturridge in September 2010 (21y 14d).

Chelsea’s Reece James (5 goals, 5 assists) is one of only two players to both score 5+ goals and assist 5+ goals in all competitions for Premier League clubs this season, along with Mo Salah (16 goals, 7 assists).

Chelsea against Juventus was only the third occasion of a team having three different English goalscorers in a single UEFA Champions League match (Chalobah, James, Hudson-Odoi), after Man Utd v Brøndby IF in 1998 (Beckham, Cole, Neville, Scholes) and Man Utd v Roma in 2007 (Carrick, Smith, Rooney).

This was Thomas Tuchel’s 50th match in charge of Chelsea in all competitions, and 32nd win (D11 L7). The Blues have kept 31 clean sheets in those 50 games, more than any other side in Europe’s big-five leagues since his first game in charge in January, conceding just 24 goals.

Chelsea have won each of their last four home games in the UEFA Champions League, their best such run since also winning four in a row from November 2013 to April 2014.

Juventus suffered their heaviest ever UEFA Champions League defeat, and second-heaviest in the European Cup/Champions League overall, after a 0-7 loss to Wiener Sport-Club in October 1958. Indeed, this was the first time the Old Lady lost by four goals in any competition since February 2004, a 0-4 Serie A defeat to Roma.

Including second group stages, Chelsea have now progressed from 18 of their 19 group stage participations in the UEFA Champions League, including each of their last seven since failing in 2012-13. 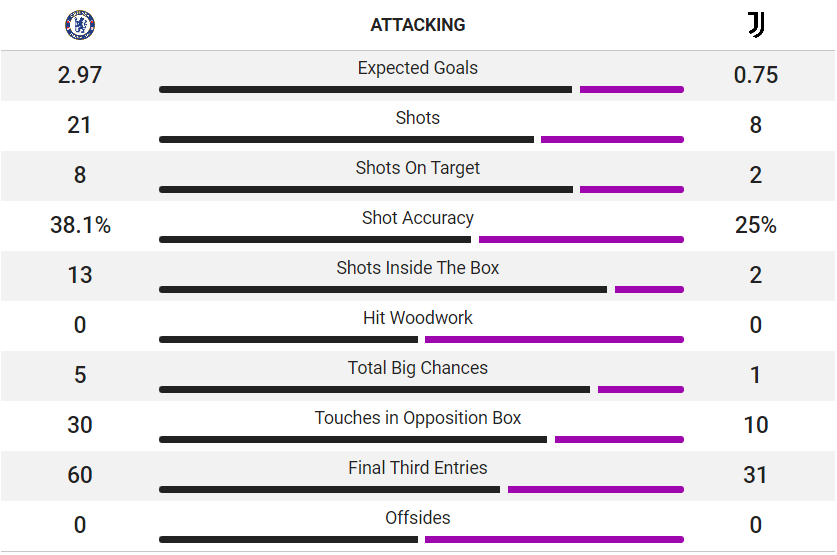 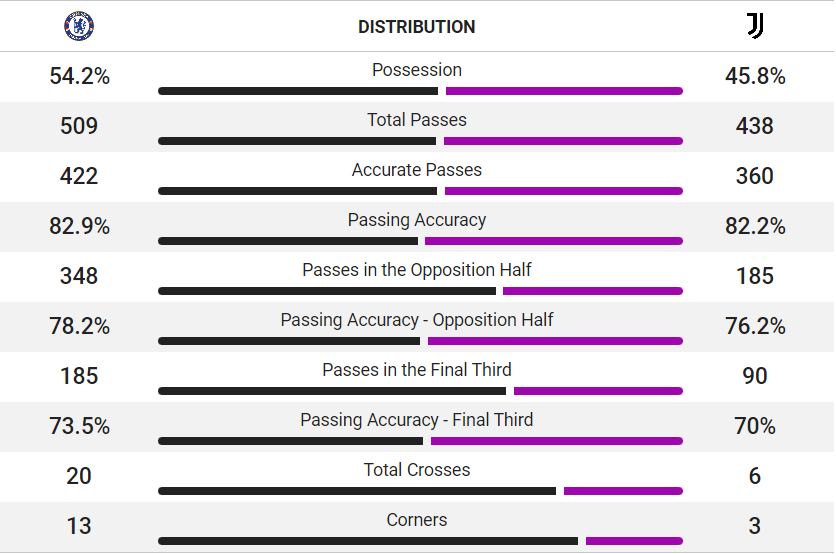