Chelsea reached the Champions League quarter-finals for the first time in seven years after Hakim Ziyech and Emerson scored in a 2-0 second-leg win over Atletico Madrid.

The Blues went into the game knowing they had never been knocked out of a two-legged European tie after winning the first leg away from home, and Ziyech added to Olivier Giroud's goal from the previous meeting with a cool finish in the 34th minute.

It was Ziyech's first goal at Stamford Bridge for Chelsea, but the glory was shared on a night when every player for the hosts excelled. Atletico had Stefan Savic sent off before substitute Emerson rounded out an impressive performance by the Premier League team, firing home in stoppage time.

The manner of the 3-0 aggregate triumph will delight Chelsea boss Thomas Tuchel, whose side are now unbeaten in 13 matches in all competitions since he took charge - they brushed the LaLiga leaders aside without looking unduly threatened, too.

Renan Lodi tested Edouard Mendy with a looping shot in the fourth minute for Atletico, the Chelsea goalkeeper easily claiming the visitors' first on-target attempt in the tie.

Midway through the first half, Yannick Carrasco went to ground in the box after contact from Cesar Azpilicueta's arm, but the penalty appeal was dismissed.

Chelsea doubled their advantage on aggregate following a counter-attacking move, Timo Werner bursting into the box before squaring to Ziyech, whose low shot squirmed under Jan Oblak and into the net.

Oblak did get down quickly to stop Werner from adding to Chelsea's lead with a near-post drive early in the second half, while Reece James struck a dipping drive that the Atleti goalkeeper tipped over the crossbar after 56 minutes.

The lively Werner blazed over the crossbar just after the hour mark, but Atletico failed to capitalize on his miss, mounting little by way of a fightback besides a close-range attempt by Joao Felix that Mendy saved easily.

Savic was shown a straight red eight minutes from time for elbowing Antonio Rudiger, and Chelsea rubbed salt in Atleti's wounds when Emerson scored with his only touch of the game, rattling the ball low into the corner of the net after Christian Pulisic played him in.

What does it mean? Tuchel continues to deliver

It was Atletico who knocked Chelsea out of the Champions League last time they made it beyond the last 16, defeating the Blues in the semi-finals in 2014. However, Tuchel's in-form team gained revenge with a consummate performance.

Chelsea look a better team with James involved and he helped to keep Carrasco quiet while raiding forward down his team's right flank.

The England international made three key passes and attempting two shots on goal – one of which almost beat Oblak.

Six and out for Suarez

Luis Suarez gave a wry smile as he left the field after 58 minutes but he had little to be pleased about after having just 19 touches of the ball - the joint-fewest of Altetico's starting outfield players – and mustering just one shot.

The Uruguay striker has failed to score in all six of his Champions League appearances this season, his last away goal in the competition coming for Barcelona against Roma in September 2015.

Atletico are at home against Deportivo Alaves in LaLiga on Sunday, while Chelsea entertain Sheffield United in an FA Cup quarter-final at Stamford Bridge.

Next Normal For Suarez to Be Annoyed over Substitution
Read 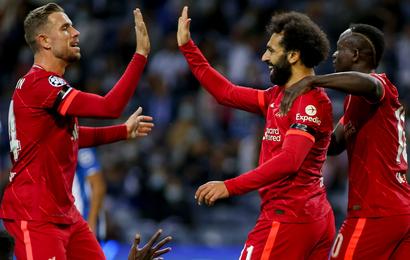 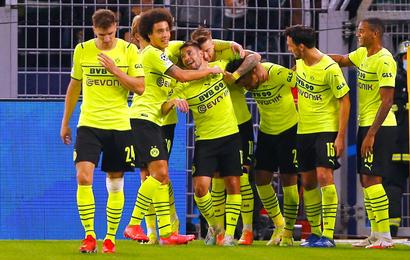 Brugge second in Group A after beating Leipzig 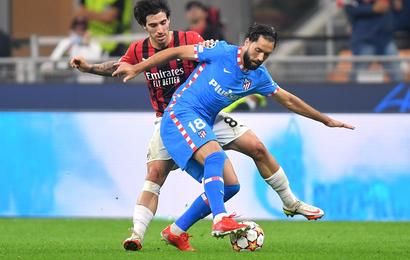 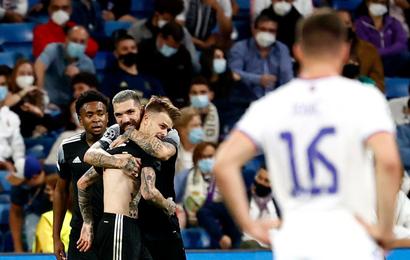 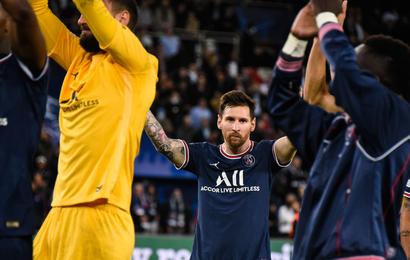 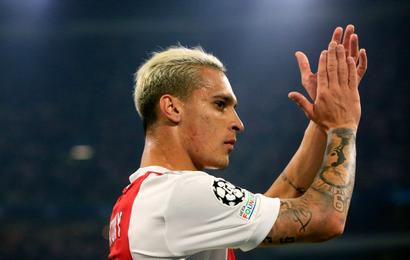 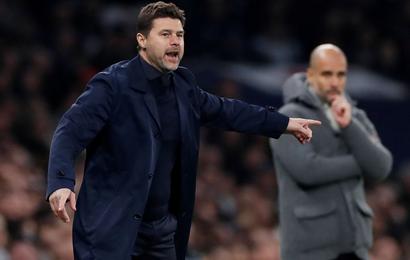 Guardiola and Pochettino aim up for their clash

Messi and his stats against Manchester City