Rafael Nadal charged around the show courts at Roland Garros liked a matador in the first week of the French Open, tormenting his opponents in his quest to make history.

The 'King of Clay' is a man on a mission in Paris, where he is aiming to become the first man to win the same grand slam 10 times in the Open Era.

'La Decima' is there for the taking and the fourth seed is in no mood to let his opportunity to go down in the record books slip through his fingers yet again.

It is difficult to see who can stop the legendary Spaniard, who has lost only 20 games in four masterful performances.

The 14-time major champion left this tournament last year full of emotion after a wrist injury forced him to withdraw before playing in the third round.

It has been a very different story this time around, the affable left-hander demonstrating why he started the prestigious event as favorite with four ruthless straight-sets victories.

Roberto Bautista Agut was the latest player to feel the force of Nadal’s resurgence on Sunday, when he was swatted aside 6-1 6-2 6-2 on Court Suzanne Lenglen.

There was nothing Bautista Agut could do to prevent his compatriot from surging into the last eight.

Nadal dropped only one point in the second set and his ferocious forehands had a packed crowd gasping with admiration. 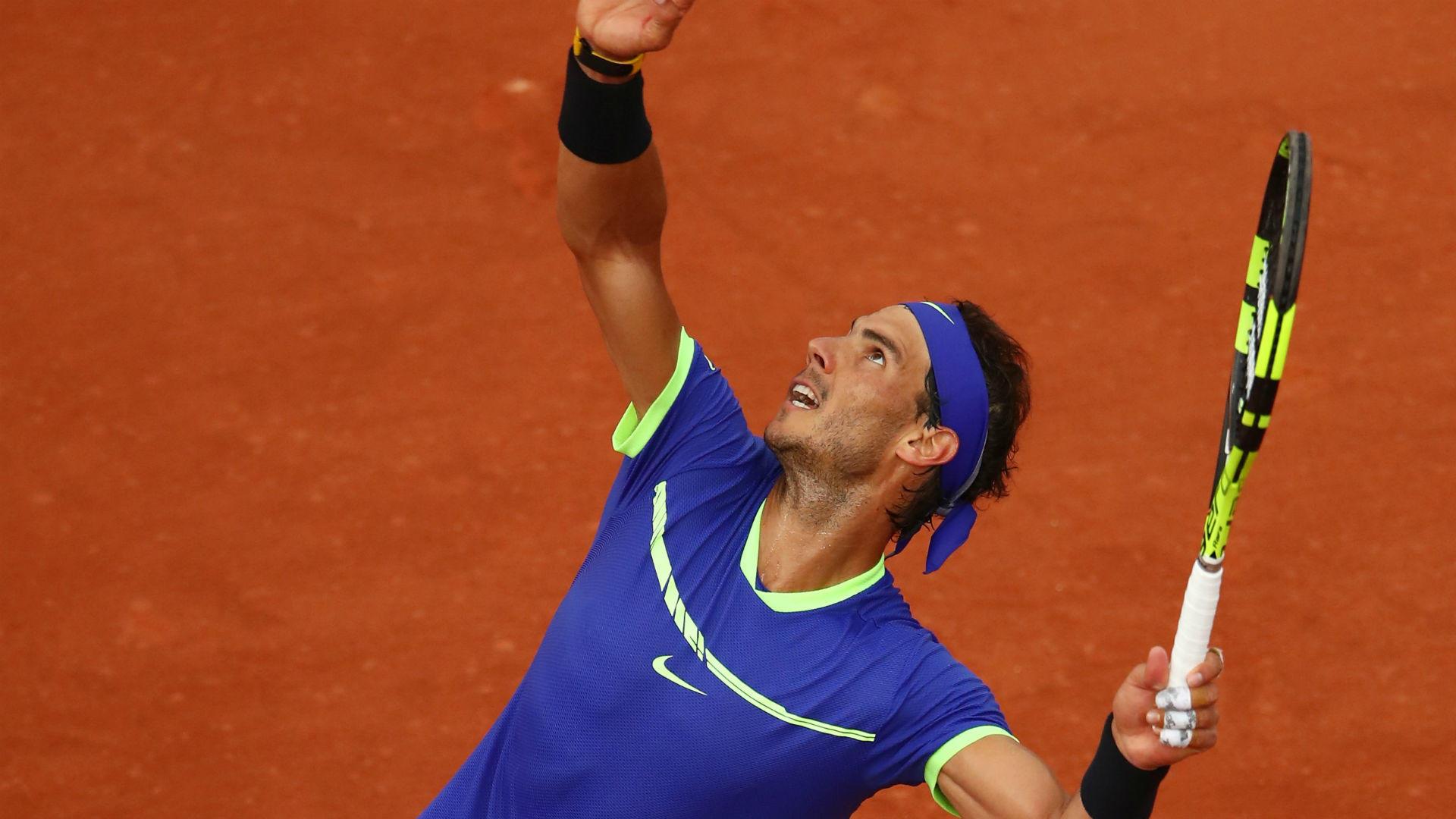 A day after turning 31, Nadal prowled around the famous court with a fierce determination to lift the Coupe des Mousquetaires yet again.

Nadal has not got his hands on the gleaming trophy - or won any of the other three grand slams - since 2014, having suffered from injuries and a loss of form in recent years.

He has been almost flawless in the opening week in the French capital, where he arrived after losing only one match all season on the red stuff.

Nadal careered around the court with vigour as he dispatched 17th seed Bautista Agut in another ominous demolition job, cleaning the lines in a hurry with his feet before sweeping to victory in a rush.

(Rafa Nadal bucks it to the semifinals!)

Pablo Carreno Busta will be the next fellow countryman to try and halt the powerhouse from Mallorca on Tuesday, but Nadal has resembled a raging bull in Paris.

Good luck to any rivals who try to get in his way.

Next Easy For Andre Agassi To Respect Novak Djokovic's
Read