The question of who really leads LaLiga in terms of being factually correct is Real Madrid. This happened after Coach Zizou's side travelled to Cadiz - in the kind of match that apparently bores club president Florentino Perez - to win 3-0.

Two goals and an assist from Karim Benzema continued the notion that if the Frenchman is playing - Real Madrid, good. If Benzema is out - Real Madrid, less good.

The win sent Real Madrid top with the same number of points as Atletico Madrid but with a better head-to-head record this season. However, the Rojiblancos have the chance to move back up with a three-point lead today. A really good chance.

On Sunday, Atletico faced a team in the relegation zone and crushed them with a 5-0 win over Eibar. Rinse and repeat today with Huesca coming to Wanda-land. However, Atletico are without both Luis Suarez and Joao Felix once again for the match that gets underway live on beIN SPORTS from 12:50PM ET / 9:50AM PT.

With all the attention on Real Madrid, Atletico Madrid and Barcelona in the title race, maybe Sevilla are the real leaders? The Andalusian side is in full stealth mode and sneaked a win at Levante on Wednesday to move to within three points off the top of the table without too many people noticing.

And what about Barcelona? Although the Camp Nou club are now in fourth, Ronald Koeman's side have two matches in hand over Real Madrid and are just five-points behind. That could be two later on Thursday with Barcelona facing Getafe live on beIN SPORTS from 3:50PM ET / 12:50PM PT.

Not everything is what it appears to be in a four-way title race for the ages in LaLiga.

In the same way that Sports Burst's life-plan to become a renowned watercolor artist / rugged rancher in Colorado is "on standby", such is the European Super League (ESL) according to Florentino Perez.

The Real Madrid preacher-president was back on Spanish radio on Wednesday and continuing to declare that he was going to (single-handedly) save soccer by making a select group of clubs a lot richer and that "we're going to continue working" on the ESL project.

The fact that the remaining Chosen Ones in soccer's Rapture are just Real Madrid and Juventus hasn't stopped the dream of Florentino. "Without earning more money, this will all die," warned the apocalyptic Bernabeu boss.

The Real Madrid president had two targets to blame for the...let's charitably say 'pause'....in the ESL project. The first was an unnamed English club - probably Manchester City - for wavering and causing the other five EPL sides to fall out.

The other was UEFA and LaLiga, two mega-organizations who saw their own multi-billion dollar business models under threat, and were not happy about that. "I've never seen aggression greater than on the part of the president of UEFA and the president of LaLiga, it was orchestrated, it surprised us all," said Perez on the backlash.

In other news on Thursday, bedsheets with paint-spray messages were back in England with a group of supporters getting into Manchester United's training ground calling for the departure of the Glazer family ownership group. Real Madrid supporters then followed suit with more impressively-made banners outside the Santiago Bernabeu.

From the Bolivian heights of The Strongest's hideout to the Orlando Pirates in Johannesburg, beIN SPORTS served up 27 games of soccer on Wednesday. There are a whole bunch more coming up on a globe-spanning Thursday of soccer action across three different continents.

Seven of those games on Wednesday were in the Copa Libertadores which has gotten off to a flyer in the first match day of the group stages. An aptly youthful Boca Juniors proved that The Strongest weren't with a 1-0 victory at 11 thousand feet. The reigning champions of Palmeiras got a last second winner at Universitario.

Thursday sees even more action from both the Copa Libertadores and the Copa Sudamericana with an absolute humdinger leading the way as Fluminense take on River Plate from 6PM ET / 3PM PT straight after the final whistle of Barcelona and Getafe.

The forecast for today: 100% chance of having SOCCER ALL DAY! ⚽️💯 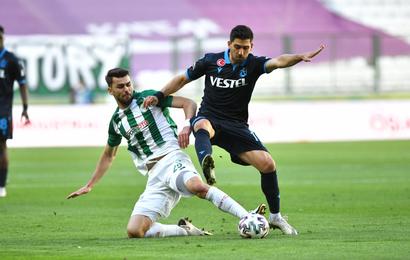