While Villarreal were getting busy winning their first major trophy in nearly a century and David de Gea was under fire for not being able to score a penalty, rather than save one, two very big clubs were making some very big moves.

Inter were first up in the headline-making business on Wednesday with an announcement that Antonio Conte was to leave the Serie A side with immediate effect. This took place just days after a campaign when the Italian coach lead his team to a first Scudetto title in 11 years.

Cost-cutting measures to come at Inter including the sale of key players was the last straw for Conte who had always been battling against the board in his two-year spell on the topic of funding.

Over in Real Madrid, the worst-kept secret in soccer was being revealed on Thursday morning - Coach Zizou leaving Real Madrid. Again.

With one year left on his contract, Real Madrid announced the departure of Coach Zizou - or just Zizou now. "Zidane is one of Real Madrid's great icons and his legacy extends beyond what he has achieved as a coach and player at our club," said a statement that could have been copy-pasted from the last time the Frenchman left in 2018.

Seeing as Real Madrid rarely leave any kind of dead air in terms of coaches, it was thought that Massimiliano Allegri would be taking over at the Santiago Bernabeu straight away.

However, the Antonio Conte news might have changed a few minds. Well, one in particular. Both have won league titles - Conte in two countries - however Allegri is considerably easier maintenance for Florentino Perez and is the embodiment of a safe pair of hands.

Antonio Conte? He's a fan-fueling, touchline-strutting loon to light a fire in the Real Madrid team within seconds of arrival, terrify Eden Hazard, and certainly give Diego Simeone a new rival. That's a lot of boxes ticked.

The coaching carousel in Spain is going to have to tide everyone over in terms of drama for a wee while as it looks like Lionel Messi is going to keep us guessing as to his future. Messi is having a cliff-hanging moment by joining up with the Argentinean national team for some World Cup qualifiers and a Copa America without settling his club future.

That might be because Messi has already decided to stay on at Barca to renew a deal that expires on June 30 and spend some quality time with Sergio Aguero for the next few years, to leave Antoine Griezmann even more left out of the circle of trust and Luis Suarez perhaps a little jealous.

Back in Barcelona, there is still some doubt over whether Ronald Koeman will be in charge to lead Messi next season, as Antonio Conte has also been hooked by the local media as Barca's new coach as well. And Pep Guardiola. Good luck with that one.

Boca battle through in the Copa Libertadores as Santos miss out

It was good news for Argentina, bad news Brazil in the Copa Libertadores on beIN SPORTS on Wednesday night.

Boca Juniors clinched a spot in the upcoming knockout stages with a 3-0 win over The Strongest, who - in a rain on your wedding day moment - finished bottom of Group C. However, a defeat for Santos against Barcelona SC left last year's finalists making do with the Copa Sudamericana from now on after finishing third.

Olimpia and Gus Poyet's Universidad Catolica also clinched spots from the final round of games in group B and F. 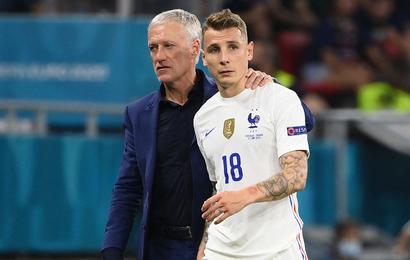 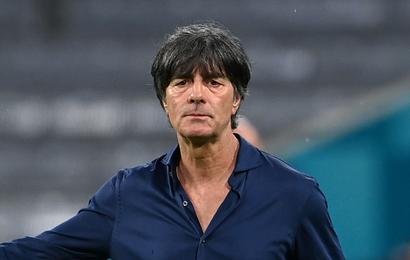