1) Napoli's chance for resurrection and why Arturo Vidal chose Lederhosen over loot
Sadly, it's all too rare that the tail-gating, BMW-driving poopy-head speeds past you, flips the bird and then promptly drives into a ditch. But Napoli might be enjoying the experience of being us apparent dunderheads obeying the traffic laws. A week ago, a zooming Juve blasted past Napoli in the Serie A standings with a narrow win and were expected to leave the southern club in their dust.
But then Bologna dutifully played the role of a ditch in a goalless draw on Friday to leave Napoli with the chance of waving back at Juve and moving to the head of the pack. You can catch that absolute humdinger of a game on beIN SPORTS from 2.55PM ET. Or else. You can also catch all the highlights on the Extra at 10PM ET and expert analysis from Christian Vieri and co on a very special 200th edition of the Locker Room straight after at 10.30PM ET. There may be cake. 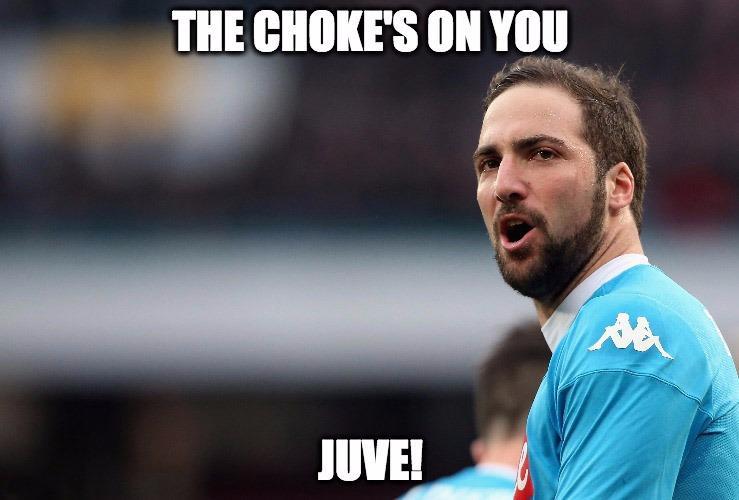 Hopefully, the striking hotshots will be in better form that Edin Dzeko on Sunday who blew this sitter for Roma in what turned out to be a 5-0 win against Palermo. Although, the Bosnian barn-door misser did manage to get two in the back of the next, in the end. Meanwhile, Juve have decided to go all 'Real Housewives' and weigh in on an issue that is of no concern to them, by criticizing Roma for dropping the 52-year-old Francesco Totti in what turned out to be a perfectly valid decision, considering the score-line and Roma's recent Serie A form.
Arturo Vidal has revealed that he turned down more lucrative offers from the Premier League before choosing Bayern Munich, last summer, because of "the project". Sports Burst has an inkling that Oktoberfest and a snug pair of Lederhosen might have something to do with it. 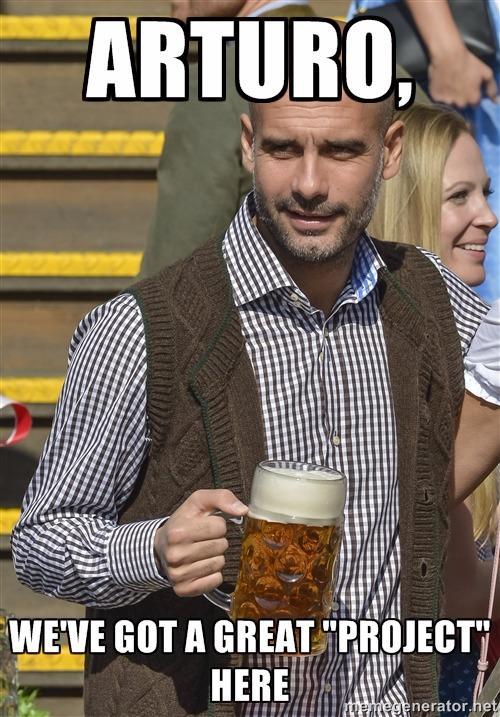 2) Living dead Dutchman tries to avoid another doomed disaster
"We're going to build a wall! And we are going to make Shrewsbury pay for it!" Borrowing from The Donald might be the last, best chance for Louis Van Gaal to keep his behind parked on the Manchester United hot-seat. Then again, the Dutchman seems completely bullet-proof, so an FA Cup defeat to some very lower league opponents on Monday might do nothing whatsoever to his chances of being fired. Catch and high-and low -lights on the Xtra at 10PM ET.
3) Dani Alves looks back to Brazil and Madrid press give up on title chase.
La Liga might be a much quieter place in the very near future - and Gerard Pique may be losing a much cherished play-date buddy - with Dani Alves admitting that his time at the Camp Nou club could be coming to a close, with a possible return to his hometown team of Bahia, where the flying fullback began his career.
The normally cheer-leading Real Madrid press are all down in the dumps on Monday after Sunday's 1-1 draw at Malaga which leaves the Bernabeu club nine points behind Barca at the top of the table. 'Marca' notes that "everything's ready" for Barcelona, whilst 'AS' sighs that "the league is over". Next Saturday's Madrid derby is set to be epic, so make sure you catch up with all the build-up on the Xtra, throughout the week.
4) Thierry Henry reveals secret to overcoming Arsenal - aside from just turning up
But before the fun of the weekend to come, a couple of smallish games in Europe. Just Arsenal v's Barcelona and Juve facing Bayern Munich in Tuesday in the Champions League. Boom (Sports Burst drops mic). Thierry Henry has come up with some practical advice for Barca ahead of the clash: stop Ozil, stop Arsenal. Meanwhile, Arsene Wenger has said today that the real danger man for his team could be Alexis Sanchez.

He was a star for @FCBarcelona and @Arsenal, but here’s @ThierryHenry at his best for us. #AFCvFCB https://t.co/zQy9LYopPy

5) Klinsmann staying positive ahead of tough Copa America test
Jurgen Klinsmann is unfaced by his country's - the USA, we are referring to here - draw in this summer's Copa America. "It's an opportunity," says the German manager on facing Colombia, Costa Rica and Paraguay, as he sipped from his 17 vegetables super smoothie. You can catch the form of all these teams on beIN SPORTS, the home of the CONCACAF and CONMEBOL World Cup qualifiers.
bein sports original
Previous Sports Burst: Louis Van Gaal, Why Won't He Just Go
Read