Let’s be honest - if either Cristiano Ronaldo, Lionel Messi or Neymar win the 2018 Ballon d’Or competition then the world of football just isn’t thinking outside of the box.

Ronaldo – next to nothing in La Liga, Gareth Bale won the Champions League, and one good game in the World Cup.

Neymar – turned up for half of the Ligue Un season, became a global internet meme in the World Cup.

So, what about a new Ballon d’Or barnstormer coming from Tuesday’s World Cup semifinal? The winner of this clash will become the strong front-runner to win the whole thing, with obvious squad superiority over Croatia and England. And that is normally a strong plus point in the Ballon d’Or stakes. Hello Michael Owen.

A fine couple of games from Kylian Mbappe and a World Cup win could see the Frenchman at the top of the podium due to a domestic treble with PSG as well. In the Belgium corner, how about Kevin de Bruyne? Outstanding for Manchester City in a record-breaking year for the Premier League champions and the wonderful driving force of a Belgium side that could shock the universe with a World Cup win?

The 2018 Ballon d’or battle continues on Tuesday in Saint Petersburg.

For the best possible analysis in 360-vision, then head to our beIN SPORTS USA Facebook page at halftime and fulltime of France v Belgium.

Still no confirmation from any of the parties involved that Cristiano Ronaldo is definitely off to Juventus. But there have not been any denials either which as good as a strong ‘definitely maybe’ that an Old Lady move is on the cards.

Latest rumors involve a few blurry photos of a private jet and Juventus president, Andrea Agnelli, who is supposedly off to the Greek Islands where Cristiano Ronaldo is currently on vacation to talk through his move to Serie A. At the same time, there are stories of a meeting between Ronaldo’s agent, Jorge Mendes and Florentino Perez, in Madrid as CR-EXIT ekes ever closer to completion.

Bad news for MLS really, as the still handy Fernando Torres has opted to follow in the path of Andres Iniesta rather than Wayne Rooney and chose Japan as his next footballing destination. The former Atletico Madrid man was a free agent and has hooked up with J-League outfit Sagan Tosu.

Manchester City is on the brink of signing up Riyad Mahrez from Leicester City to add to the team’s 100-strong collection of attacking midfielders, however the expected move of Jorginho may have hit a stumble with Chelsea reportedly competing for the Napoli man’s signature. Chelsea – despite no-one apparently in charge of the club at the moment – has reportedly done a deal with Juventus to sign defender Daniele Rugani for a fee of around $50 million.

Finally, both Real Madrid and Manchester United have supposedly met with Lazio to express an interest in signing up Sergej Milinkovic-Savic, a footballer that will forever be abbreviated to SMS for simplicity’s sake.

After a Manic Monday at Wimbledon which saw the familiar names of Novak Djokovic, Roger Federer and Rafa Nadal moving through to the quarterfinals, the women are front and center on Tuesday with the final eight in action.

Make this week greater than your last ✨ pic.twitter.com/IwfcaijiEg

And that includes Serena Williams who is still powering through the tournament and faces Camila Giorgi of Italy, who is playing in her first Grand Slam quarterfinal match, unlike her esteemed American opponent who was won 23 Grand Slam titles. Boom. Because of an incredible fall of seeds in the first week of the tournament, which saw the entire top 10 eliminated, the top-ranked player in the women’s bracket is now Angelique Kerber (11) and the German is taking on Daria Kasatkina.

Time now for a brief dip into the Tour de France which is well underway. Tuesday sees Stage 4 of a race currently being led by Greg van Avermaet of the BMC Racing team. 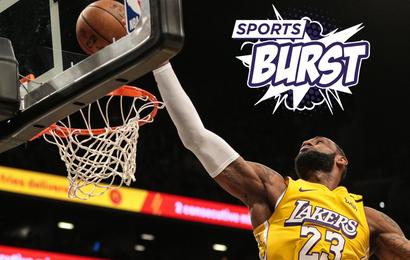 Sports Burst - LeBron: Whatever It Takes 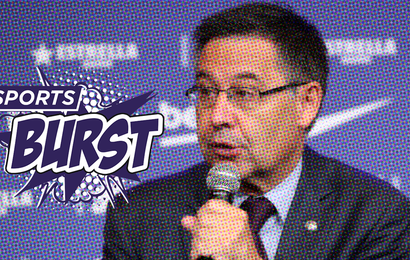 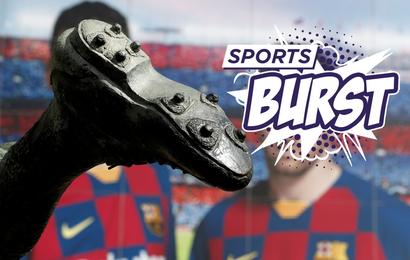 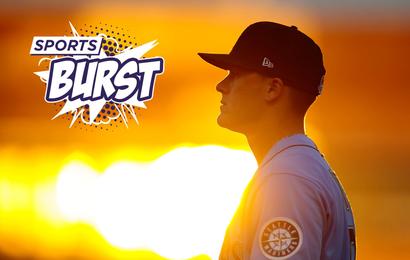