CR7 puts in best performance away from home ahead of game, as Madrid look to overcome Italian curse

Poor Zizou. There he was, about to take his first Champions League press conference as Real Madrid coach, the big boss-man of the club and the big boss-man of the competition. Zizou was the lucky passenger who had the double-seat to himself on the transatlantic flight with the doors about to close. But then in dashes Cristiano Ronaldo channeling his John Candy to ruin everything by eating metaphorical egg sandwiches and talking about his dogs for nine hours. 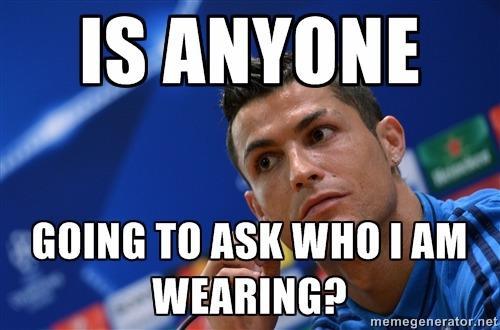 CR7 stole Zinedine Zidane's wind in the pre-Roma media gathering and then some in a fine performance away from home, for once, with a cryptic answer over why Messi did what he did with his penalty, and why you don't have to be friends with your teammates to succeed. Then he took his coat and walked out, leaving his manager to chat about the first leg of Madrid's double-header with Roma, and how to overcome a curse that sees the Spanish side having been eliminated by Italian teams over the past eight occasions in the knockout stages. Make sure you catch the highlights and analysis on the Xtra tonight at 10PM ET. Or the Candyman will come.

There is another tie taking place on Wednesday in the beautiful land of Belgium with Gent taking on Wolfsburg. What the pair may lack in glamor, they make up in fight and flair with both teams fancying their chances of making it through to the bright lights of Tinseltown and the Champions League quarter-finals. It's a game the lucky people of Canada can catch on beIN SPORTS at 2.45PM ET. Full highlights on the Xtra, of course.

Barcelona have a chance to go six points clear at the top of the table in La Liga and most importantly of all make the standings look all neat and tidy with the side's catch up game up in Gijon against Sporting. Note to Leo Messi - don't try those passed-penalty shenanigans in El Molinon. You can catch that clash on beIN SPORTS live at 12.30PM ET.

Looking ahead to next week's Champions League clash and Juventus striker, Alvaro Morata, has nothing but praise for former Real Madrid teammate and current Bayern Munich midfielder, Xabi Alonso. Morata says that that Alonso was "one of the few" who looked out for him. In return, he brought him his lunch. Heart-warming.

Has Chicharito finally found a place to lay his hat and call his home? It looks like it, with Bayer Leverkusen saying that they have no intention of selling the Mexican striker, who has very much been doing the business for them this season.

After a week of rumors, Ezequiel Lavezzi is no longer a PSG player with Chinese club, Hebei China Fortune, announcing the signing of the 30-year-old who was out of contract this summer.

People of Chicago! Want to see the rugby World Champions do their thing against one of the best teams in Europe? Then you can with the New Zealand All Blacks taking on Ireland in November. Remember that beIN SPORTS is the king of all rugby with the Six Nations, AVIVA Premiership and Pro 12 leagues.

Next Sports Burst: Can Spurs Avoid Doing a Spurs?
Read