For a few glorious hours in the lives of both Arsenal fans and the legions of supporters of the ultimate forgotten man of forgotten men of football, James Rodriguez, something exciting was going to happen.

The Gunners were going to get some juice in the midfield tank with the arrival of Colombian and James himself was going to see some game-time in the Premier League.

The Real Madrid man, who is currently on-loan at Bayern Munich in the second half of a two-year spell, has largely been passing the time this season sitting on the bench in his Lederhosen this with just the five starts in the Bundesliga - either through injury or not really been fancied by Bayern boss, Niko Kovac.

However, there was a flurry of stories in the English press on Wednesday that the hard-up Arsenal were to buy out the rest of the player's loan deal from Bayern for $3 million. But reality bit when the Bayern sporting director, Hasan Salihamidzic said that there were no plans to release a player who could be key in a joint Bundesliga and Champions League battle, but that a decision had not been made to buy the footballer permanently at the end of the loan spell for around $45 million. The tea-leaves would suggest not.

Our Sports Burst live show will look at all the big transfer stories and preview today's Copa del Rey clashes. Just head to our beIN SPORTS Facebook page at 12:00PM ET / 9AM PT.

Right, let's move on to the world of reality and solid stuff. That means games.

On Tuesday, Getafe and Valencia moved into the quarterfinals of the Copa del Rey. Today, six more sides will be duking it out to enjoy them including some pretty big hitters. Although Real Madrid is looking solid with a 3-0 advantage to take into a second-leg clash against Leganes, all eyes will be on whether Isco starts the game from the pitch or bench. That game is live on beIN SPORTS at 3:30PM ET / 12:30PM PT.

The match-up that precedes it, Atletico Madrid hosting Girona is a lot less clear-cut with the Rojiblancos tied level with the visitors to the Wanda at 1-1. That gets underway at 1:30PM ET / 10:30AM PT.

In Wednesday's third Copa tie, Sevilla is hosting Athletic Bilbao holding a 3-1 lead in what will be a third encounter between the two teams in a week.

Frenemies in Ligue Un as Henry and Vieira do battle

Over on CONNECT, two old friends will become rivals for the day with Thierry Henry and Patrick Vieira as coaches of their respective teams, Monaco and Nice.

The pair won titles galore together at Arsenal and with France but now enter brand new phases of their lives. "For a little bit, we are not going to like each other," joked Thierry Henry, whose Monaco side is still firmly stuck in the relegation zone and takes on neighboring Nice today. That game is underway at 1PM ET / 10AM PT. Lyon and Marseille will also be in action in some Ligue Un catch-up games.

Elsewhere, the Italian Super Cup final is taking place with Juventus looking to inflict more pain on a Milan side that is likely to be without Gonzalo Higuain, who is trapped in transfer limbo.

Groups C and D wrap up in the AFC Asian Cup and there are some geopolitical monster mashups to look out for. Iran against Iraq anyone? China against South Korea? That's a nice prelude to Saudi Arabia against Qatar on Thursday. A very enjoyable time to be had for those sets of players losing those games.

Caroline Wozniacki moved through to the third round of the Australian Open after the defending champion Johanna Larsson. The Dane could well be facing Maria Sharapova on Friday. Former US Open champion, Sloane Stephens, also moved into the next round after a 2-0 win. Angelique Kerber was another of the day's winners.

Serena Williams will return to the court on Thursday to take on Canada's Genie Bouchard in an all-North American second-round clash.

Over in the men's bracket and Roger Federer had to dig deep to defeat Britain's Dan Evans in three sets. In the late game of the day Down Under, Rafa Nadal polished off Matt Ebden 6-3 6-2 6-2.

Sports Burst - A Miracle for Mbappe? 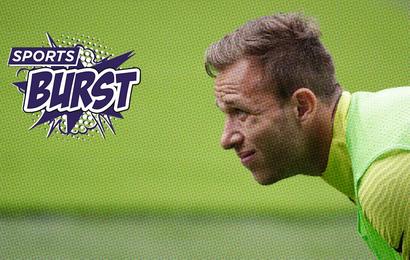 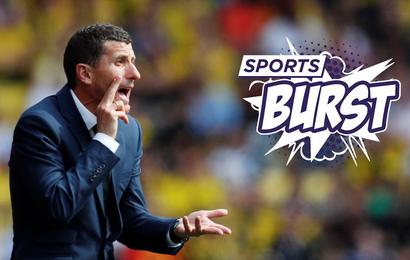 Sports Burst - The Return of the Ballon d'Or?