1) Van Gaal and Blatter: the world's most wanted

Seeing as it is Friday, and Sports Burst is already a couple of sips into its 'special' morning smoothie, it is going to give up a secret concerning the football media world. Yes, there is a conspiracy against your club. Especially yours. Why? Well, it's fun. Every July, the pundit Illuminati gather on an island and decide which managers are going to be jettisoned after constant, global media pressure. Hence, Rafa Benitez, Jose Mourinho, Brendan Rogers and Rudi Garcia have all been removed from the scene. But there is one clinging on, a stubborn Dutchman who simply won't go away - Louis Van Gaal. Even turning Manchester United into the football equivalent of an 18 part PBS series on the history of algae has not been enough to remove the old-timer from Old Trafford, so losing to Midtjylland on Thursday in the Europa League won't do any use. That doesn't mean that everyone won't be giving it a good old go on Friday and over the weekend, to weaken Van Gaal's grip even further.

More disaster for @ManUtd as they lose to a team nobody can pronounce! @EuropaLeague recap: https://t.co/KOSFwUPvs6

No friends, pitiful, without means to defend yourself, persecuted, out of luck. No, we are not back to Louis Van Gaal, once again, but focussing on an interview published on Friday by BFM TV by Sepp Blatter who claims that everyone is out to get him. He's probably right, but that doesn't make it wrong. 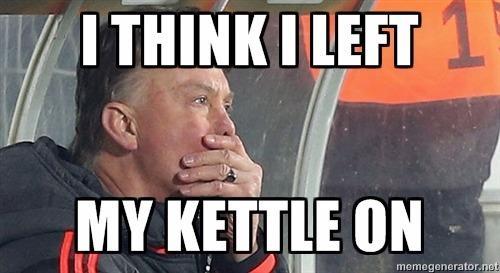 Sports Burst certainly wouldn't want to run into trouble with Real Madrid's tough-talking lawyers, and may start being a little nicer to CR7 now - 'officially better than Leo Messi in every way imaginable'. Footy-leaks have published what is claimed to the be the contract that sent Angel di Maria to Manchester United, which includes a clause that states that if the footballer was then sold on to Barcelona by the Red Devils, then up to $55 million would be due to Madrid as naughty step punishment.

3) Sweat and probably swearing will see Inter through to rest of season, says Mancini

A midweek boot camp has worked wonders for his team, claims Roberto Mancini whose Inter outfit face a whopper of a clash on Sunday against a badly struggling Sampdoria. Third place is now the target says Mancini. That game is coming up on Saturday on beIN SPORTS at 14.45 ET.

Weirdly for someone whose profession was a boxer, Manny Pacquiao really doesn't know when he's beaten. Not content with NIKE having dropped the fighter after he shared his 14th century thoughts on the LGBT world, the Filipino wannabe politician has doubled down on his opinions.

Oh, in case you need another reminder...IT'S THE WEEKEND! Which means the football world starts again, having taken absolutely no days off at all. A bit like beIN SPORTS. The main meal of the day is Juventus is action in Serie A, looking to consolidate their lead over a Bologna team, that more than has the ability to take advantage of the Old Lady dropping its guard, ahead of next week's Champions League clash with Bayern Munich. Catch all the action on beIN SPORTS from 2.30PM ET. Also on the menu, a tasty morsel from France as third-placed Nice, look to close the gap to Monaco with an away trip to Bordeaux. That's up on BeIN CONNECT from 2:30PM ET.

If you want to find out what a 're-final' is, a way that Levante boss, Rubi, has described Friday's clash with Getafe then tune into beIN SPORTS en Español from 2.30PM ET. Considering that Levante are bottom of the table, it could mean 'fairly blooming important'.

But if you are of a more refined, sophisticated nature and want to see some classic rugby action, then the AVIVA Premiership is serving up Harlequins against Leicester, two teams really needing to sort their seasons out with a win. Over in the Pro 12, there is a rematch of last year's final with Glasgow Warriors taking on Munster Rugby.

Next Sports Burst: Will Gonzalo Higuain be Batman or Th
Read