Like any responsible, respectable sports media outlet with a duty to its readers, Sports Burst has no qualms whatsoever about making stuff up for kicks and clicks. It's a dog eat dog out there, so any suggestion that Neymar is a space alien in a human skin suit is fair game. But even we had to raise an eyebrow or two at the suggestion from last week - in the English press, of course - that Pep Guardiola was to going to be fired should matters not go well in the Champions League tie with Juventus, which gets underway on Tuesday.

The Pepster himself says that he is chilled about the whole affair, claiming that his time in Munich would have been amazing anyway, even if he doesn't go any further in the competition, which is quite possible with a very weakened defense coming up against a Juve side, which is very much with the happy faces after Napoli choked on a chance to go to the top of the table by drawing at home against Milan on Monday. Good and very lucky people of Canada, you can catch this match live on beIN SPORTS at 2.45PM ET.

It is definitely going to be a two screen day in the Champions League with Arsenal hosting Barcelona at the same time. The SB 'Wenger excuse-o'meter' has been dusted off in anticipation of another European disaster and early exit against a team the French coach describes as being "near perfection". Favorite excuses so far are "we started too slowly", "our back four was asleep", and "Jose Mourinho."

But all may not be lost, Arsenal defender, Gabriel, says that his team has a secret plan to stop the MSN. But isn't telling. You can catch the highlights and reaction (from a head-in-hands Arsenal fan, quite possibly) on the XTRA tonight on beIN SPORTS from 10PM ET.

In news that will have Spain's tax authorities pricking up their ears like a dog hearing their master heading up the driveway, Neymar has reportedly signed a pre-contract agreement to a new contract deal to improve his current contract. Which is still the center of sum legal dispute in Spain's courts at the moment. Panicked Barça lawyers will already be having "contractions".

Cristiano Ronaldo has revealed what may await in his future, once his legs have grown weary and burrow creased. And it's acting. After all, the footballer who does his own flying stunts has starred in many episodes of "Ref!!!! Penalty!!!!!" over the years. 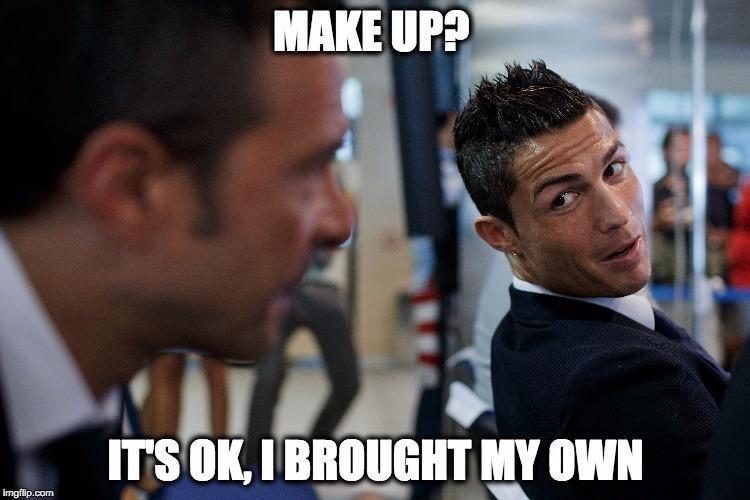 The words FIFA and drama go well together like FIFA and drama. The presidential elections are upon us on Friday with five candidates looking to make as few changes as humanely possible to the organization. Prince Ali is looking to have the whole affair suspended after fears over voting transparency, and will even be sending clear booths to the organization's HQ in Zurich. FIFA says there is no reason to doubt the voting process at all. As that has gone so well in the past.

David Beckham has spoken. So the world listens, no matter if what he says has the interest factor of a roof tile. Today, the face of the MLS Miami franchise has said that he hopes Jose Mourinho returns to the Premier League as he is "a character". That's one way to describe him. However, in danger of being vaguely compelling, Becks also says that Louis Van Gaal should be judged at the end of the season at Manchester United. When Mourinho will presumably be in charge.

Jose Mourinho's old stomping ground at Stamford Bridge is moving in on current Italian boss, Antonio Conte, says the Italian press, with a decision to be finalized mid-March, a year before Guus Hiddink will presumably take over again.

A Leeds United fan has said that he was paid $700 a month to say very nice things about the very unpopular owner of the Championship club, Massimo Cellino. That's pretty much what Getafe pay to get people to turn up for their games.

Former England boss, Sven Goran Eriksson has been drinking the Kool-Aid over in China. The Swede who is currently managing Shanghai SIPG says that the country could win the World Cup in ten year's time.

The agent of Tiger Woods has demolished claims that the golfer's back problems are so intense that even walking up the stairs in an issue for the former world number one.

Vroom! Vroom! The return of the Superbikes are just days away with Jonathan Rea looking to keep his two-wheel crown. The final day of testing has taken place on Phillip Island in Australia, and 2014 champion, Slyvain Guintoli, was fastest on the day. Catch all the action from race 1 on Friday night from 10.30PM ET. Vroom! Vrooooooooom! (SB speeds off into the horizon).