At least Ronald Koeman cannot say that he is not prepared this time. In August of 2020, the freshly-appointed Barcelona coach had to deal with a rebellious Lionel Messi declaring via the old-skool medium of fax that he wanted to leave Barca, and then handle the swift departure of Luis Suarez to Atletico Madrid. That transfer went oh-so-well for the Camp Nou club.

A year later, and Koeman once again has no clear idea of what his forward line will look like in the new LaLiga campaign which is less than two-weeks away. But at least it's a case of been there, done that for the Dutch coach.

The clock continues to tick on Barcelona getting its finances in order - and key players sold - with the goal of paying for Lionel Messi's theoretical new contract and also register the team's three other signings including Sergio Aguero and Memphis Depay. That deadline is the 1st September when the transfer window in Europe closes.

As those two deadlines loom ever closer, Messi might want to pick up a few key football phrases in French if Barcelona's promise to sign the super star fail to come to fruition and the Argentinean ace has to pick a plan B for the year.

The new Ligue 1 season gets underway on Friday with Monaco taking on Nantes - our extensive coverage of the League of Talents begins on beIN SPORTS at 2:30PM ET / 11:30AM PT.

Third time luck for Van Gaal and the Netherlands?

While his appearance as Netherlands coach may not be every 17 years, Louis Van Gaal continues to be a human cicada in terms of his regularity.

The Dutch football federation has signaled the start of a new decade by appointing Van Gaal as the head coach of the national soccer team for the third time. The first was between 2000 and 2002, with the second between 2012 and 2014.

The third spell of Van Gaal is initially for one year. The Dutch are restricted in terms of choices for the post. Firstly because there is the business of qualifying for the 2022 World Cup to be done, after a Last 16 slump in Euro 2020. "We have a minimal preparation period for this," admitted KNVB director Nico-Jan Hoogma. What's more, there only seems to be three Dutch coaches in circulation at the moment. Van Gaal, Frank de Boer - who left his post as head of the national team after the Euros - and Ronald Koeman.

Gold and WR for Sydney McLaughlin

Overnight news from the Olympics and the USA picked up a track gold with Sydney McLaughlin breaking her own world record by half a second to win the 400 meters hurdles. Dalilah Muhammad won the silver to make it a 1-2 for the US.

Meanwhile the women's basketball team continued a march towards the gold medal match by breezing past Australia in the quarterfinals with a 79-55 win. Breanna Stewart was the stand-out star with 23 points in the victory. "I'm just doing what I'm supposed to do and do my job, and today the shots went in," said Stewart. The USA will now go on to play Serbia in Friday's semifinals.

You can catch world-class club soccer for free on beIN SPORTS today with the start of the AMOS Women's French Cup. The four-team tournament gets underway on our subscription free network - beIN XTRA - with French champions PSG facing Roma at 11:50 AM ET / 8:50 AM PT followed directly by the legendary Lyon against German champs, Bayern Munich.

Next Sports Burst - USWNT: End of an Era?
Read 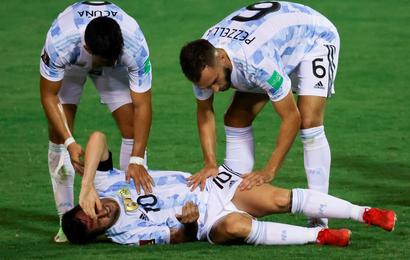