Actual games of soccer being human beings are fun. Mostly. Even those taking place in Italy. Don't get Sports Burst wrong.

But the really big happy highs are to be had with transfer speculation. So, when the two worlds collide in a fruity explosion of juicy narratives, it is a very happy Fri-yay indeed.

Copa America gets underway today with Brazil on home soil taking on Bolivia and looking for footballing affairs to go a little better than the 2014 World Cup. In theory, Tite's team are going into the tournament at a disadvantage with the absence of the team's best player, Neymar, through injury.

However, the avoidance of Neymar's significant on and off-field baggage could be quite for the relief for a squad that is still very stacked indeed.

One of the players in the roster that Brazil will be looking for to cover Neymar's hole, as it were, is Philippe Coutinho who, like a misfiring AC unit in a car, tends to blow hot and cold in rapid succession.

Ideally, Barcelona would like Argentina winning the tournament to avoid another sad-face Leo Messi returning to the Camp Nou for pre-season training. However, Coutinho needs to have an inspiring display as well to arguably top that of his teammate.

Not for any reason relating to the new season for Barcelona but as a reminder that Coutinho is not all bad and can be sold for a hefty price to then allow the purchase of Antoine Griezmann.

An ideal Copa America for Barca would see a Brazil v Argentina final, an inspired Coutinho but Messi scoring the winning spot-kick in the penalty shoot-out. Win-win.

See what the Sports Burst live show makes of that nonsense theory live on our beIN SPORTS USA Facebook page at 12PM ET / 9AM PT.

Sarri swaps Chelsea for Juventus as Allegri takes a time out

Another piece of summer season business is set to be completed on Friday with Maurizio Sarri leaving Chelsea to take over the open coaching position at Juventus.

Our @EuropaLeague and @PremierLeague campaigns in numbers...

On the credit side of the account for Sarri, who only stayed the single year at Stamford Bridge, the 60-year-old achieved almost everything realistically possible with the English club - finishing in third in the Premier League and winning the Europa League final. All done with Gonzalo Higuain leading the line for a good half of the season to boot.

However, that wasn't enough for Chelsea fans who were constantly on Sarri's back for what they considered to be one-dimensional tactics, even though those same plans worked out perfectly well in the end.

Meanwhile Juve's former coach, Massimiliano Allegri has announced that he is taking a year out of football to wait for Chelsea's next coach to be fired in 12 months time and then take over at Stamford Bridge. The circle of life.

While some errant American broadcasters wipe the beautiful game and MLS from reality by claiming that the Raptors have brought home Toronto's first big sporting prize since 1993 - hello, Toronto FC in 2017 - soccer struggles on with both Copa America launching today, The Gold Cup on Saturday and the continuation of the Women's World Cup.

Thank you to all the Aussie’s in France, amazing to have so much green and gold with us 💚💛🇦🇺 pic.twitter.com/WTIi12WLWi

Celebrations have come up as a topic once again but not the USWNT this time. Instead Australia take the mantel with captain, Sam Kerr, responding to critics of the country's opening round loss to Italy, which was followed by the 3-2 comeback win against Brazil on Thursday. "Suck on that one!" was the suggestion from Kerr after the victory.

Friday's action sees a must-win match for either Japan or Scotland in the day's opening encounter. That is followed by the surprise packages of Italy, looking for a second victory in the tournament in a clash against Jamaica.

England and Argentina wrap up the day with Phil Neville's side looking for three points to put the team into the knockout stages.

Remember that Africa Cup of Nations gets underway in a week's time exclusively on beIN SPORTS as Mohamed Salah looks to lead Egypt to glory on home soil. 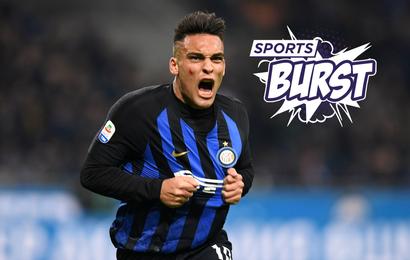 Is The Lack Of Home Field Advantage A Big Factor? 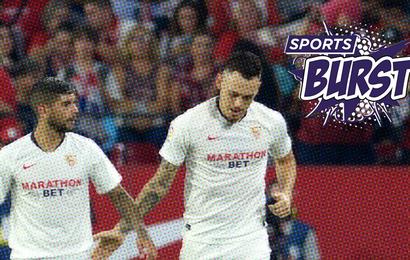